American Apparel made a name for itself as a trendy clothing shop that splashed half (occasionally wholly!) nude girls across most of their advertising. Couple that with founder/CEO Dov Charney’s multiple sexual harassment lawsuits, and you start to paint a picture of a company that could hardly be called “orthodox”. And yet, Orthodox seems to be the direction A.A. is headed with their latest pictorial, featuring Yoel Weisshaus – a Hasidic Jew, replete with full perfectly curled peyos, billowing beard, and fur hat. 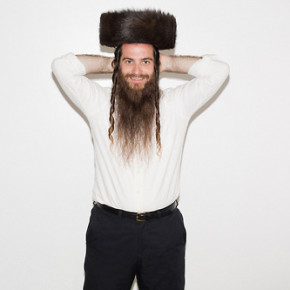 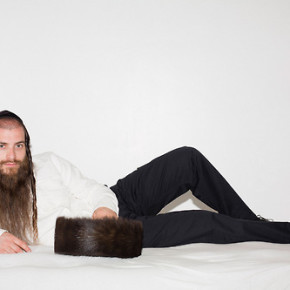 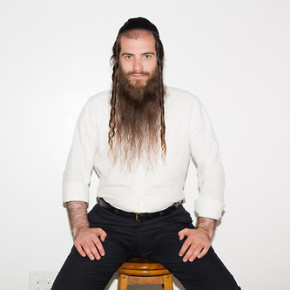 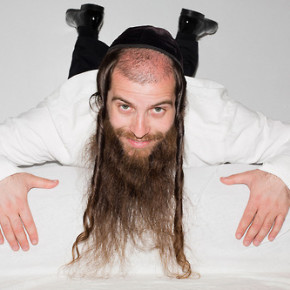 Meet Yoel Weisshaus. Yoel, a Chasidish Jew who grew up in a Yiddish speaking home in Brooklyn, attended Yeshiva at an early age. Yoel is a peasant with chutzpa known for suing the Port Authority of New York and New Jersey over its controversial toll hikes, at prices that exceed twofold what one earns per hour under the minimum wage. Yoel is talented and drafts his own pleadings because he cannot afford an attorney, his case is still ongoing. He freelances in sales of American made braidings and ribbons for local garments and hat manufactures. Yoel has an accent because English is not his first language, but he is still striving to learn English writing.

Has American Apparel embraced Orthodoxy as part of its multi-culti (and often naked) family of brand ambassadors, or is this just another case of Matisyahu-ification, in which novelty trumps…well, pretty much everything? My guess is the latter, but either way – I’m suddenly struck by a compelling urge to buy overpriced slacks and v-neck teeshirts.