Jew Me Up, Jew Me Down: Acceptable Contexts for “Jew” as a Verb 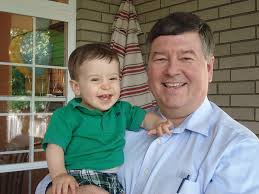 In the midst of great tragedy, Jews have an innate ability to come together and be annoyed by much smaller things, and last few weeks were no exception. During a shitstorm of violence and lost hope, one flying turd hit the Chosen People directly in the face. His name is Oklahoma House Co-Leader Dennis Johnson, and he used the phrase “Jew me down” on the House floor when discussing big business’ attempts to shut down small businesses. Dennis was casually surprised when someone pointed out this may offend Oklahoma’s thousands of Jews, not to mention further marginalizing the medium-size businessman, and so he tumbled out a chuckling apology. [Editor’s note: His formal, vetted apology the next day was straight-faced, at least.]

But what exactly did Dennis do wrong? Obviously, he isn’t Jewish. The key here is ownership. Busta Rhymes is allowed to use the words “Flipmode Squad” because said squad belongs to him, and he to it. But besides ownership, which extends to gentiles we like, there are only a few situations in which it’s okay to use Jews, a group of human beings, as an action. Exactly seven. Print out this handy list and put it on your refrigerator, and you’ll always be on the right side of the Anti-Defamation League.

ACCEPTABLE CONTEXTS FOR USING “JEW” AS A VERB

Situation: You have close Jewish friends coming over for a “holiday” party, and the blue-and white lights just aren’t enough to make them feel welcome. [Note: Jews always appreciate your sad attempts to make us feel welcome with subtle acknowledgement of our third-least important holiday that happened six weeks prior.]

Example: “We only have five candles to Jew up the mantle, but they’re all different sizes!”

Situation: You are a senior Bar Mitzvah DJ giving tips to a protégé.

Example: “These kids are going to bug you to play some filthy thumping horeshit rap, so make sure you Jew it up a little and play the extended Horah for the old ones, sometime after the appetizers but before their hearing aids give out.”

Examp: “Well Jew me down, if it isn’t Capitain Blackberg, the Kosher Salty Dog! Yarrrrrrrrch.”

Sitch: You’re describing the process by which Jerry Siegel and Joe Shuster couched their immigrant experiences in metaphor when creating Superman.

Examp: “They were originally going to have baby Superman land on Ellis island and sign his name with a circle, but they had to Jew it down and do the whole farm thing.”

Sitch: You’re giving stage directions in an ironic production of The Merchant Of Venice with racially-blind casting.

Examp: “When you say ‘pound of flesh,’ really draw out the Ssss, then advance on Antonio, maybe even Jew him downstage a little.

Sitch: You’re a pasty racist with a twice-baked potato neck dumb enough to think Jews are the only people who negotiate goods and services in their own best interests, and you’re trying to cut your political career short as quickly as possible to devote all your attention to finding a cure for yourself.

Examp: “They might Jew me down on the price, that’s okay. –sound of arteries clogging–”

Sitch: You’re trying to slowly seduce your girlfriend away from her Flanderiffic Christian upbringing by taking her to low-key family events, showing her Reform Judaism as an accepting and thoughtful alternative to all the other bogus religions, and writing witty articles for hip Jewish blog-o-zines.

Examp: “Mom, let’s just invite her to Rosh Hashanah but not Yom Kippur. You know, Jew her in slowly. Ok. Gotta go. Love you too. Mom? Mom. Yes, I already said hi to her. What? Well, if you want to know that, call her yourself, I’m sure she’d love to talk to you. No, it’s not that I don’t want to talk to you, just – I gotta go finish this article. No, they’re not going to pay me for it, but it’s exposure, Mom, maybe somebody will see it and hire me for something else. Yes, I’ll let you know. Bye, Mom. ”

I’m sorry, where was I? Oh yeah. Fuck you, Dennis. I’m going to start using “Representative” as a verb and see how you like it.