A Golden Opportunity (to Prevent Suicide…) 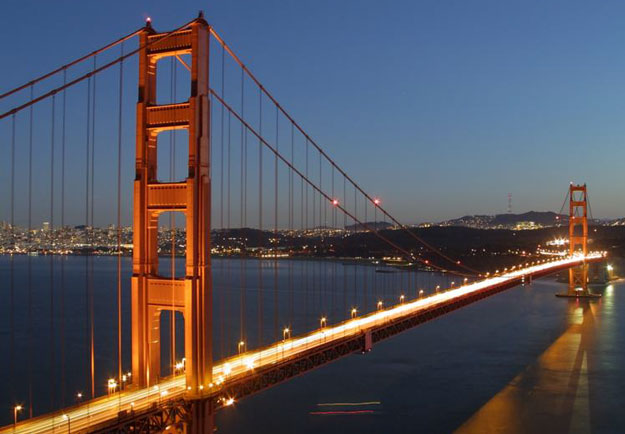 Okay, I’m not the type to harp on an issue (Do I sound horrible if I say, especially not an issue of the public good?), but something’s starting to gnaw at me. (And it just so happens that news came in that director Tony Scott took his own life yesterday while I was writing this article.)

As I reported a few weeks back, Congregation Sha’ar Zahav in San Fran held a Yizkor for those sad souls who have taken their lives by jumping off the Golden Gate bridge. And I might add, there are an astounding 1,500 of these sad souls. Aside from bringing attention to issue of suicide—Jewish, Christian or “other”–and the importance of prevention efforts, they were also trying to affect a very tangible, concrete change. A physical suicide barrier.

While the trying to convince the extremely depressed or distraught that life is worth living is not an easy proposition, building a fence so they can’t easily jump off the world’s #1 suicide attraction might be. Disneyland may be fun as hell and a major tourist draw, but fewer people would go if there was a giant concrete barrier around it.

In an interview with KTVU in San Fran, Eve Meyer, the Executive Director of the San Francisco Suicide Prevention agency, pointed out that “There have been other spots like the Empire State building, the Eiffel Tower where this has happened. When they have been barriered, people have stopped going there to die.” Simple enough, no?

The stumbling block? Money. This kind of barrier could cost about $50,000,000. I’m not a math wizard, but I am a Jew, and even I recognize that that’s a lot of shekels.

However, Paul Muller a barrier advocate from the Bridge Rail Foundation put it in perspective for me:

“The focus of our efforts is and has been public financing. The Bridge is a public facility, built with the public’s money and maintained at public expense. There is no organized effort for private fundraising as the Bridge is not a charity. It’s also important to note that the $50 million needed would be a very steep hill to climb in charitable fundraising, while it is less than the cost of a freeway interchange in Highway funds. In the last 15 years, the Golden Gate Bridge has spent over $800 million in Highway funds for earthquake strengthening, for example.”

Again, I’m not a math guy, but I think that 50 million is less than 800 million. I’ll go consult a textbook now.