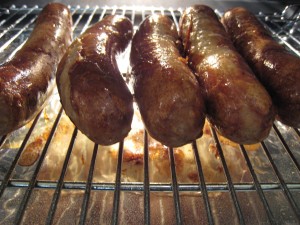 3D-haters of the world just got a powder-keg of ammunition. Australian filmmaker Philippe Mora has discovered two half-hour long 3D films made by the Nazis in 1936. Yep: the Nazis loved 3D.

Mora found the films while researching a forthcoming documentary on Third Reich propaganda. He anticipates releasing clips of the film within his doc in their original 3D.

According to Variety, the material was quite, uh, interesting:

One film, a musical set during a carnival entitled “So Real You Can Touch It” features close up shots of sizzling bratwurst on a barbecue…