Where Have All the Jewish Politicians Gone? 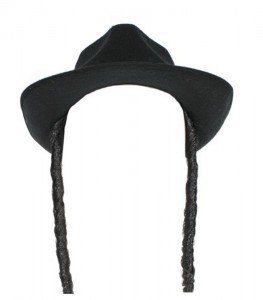 ”The tumult and the shouting dies;
The Captains and the Kings depart:

Those words were written by Rudyard Kipling for his poem, Recessional, in honor of Queen Victoria’s Jubilee.  At the time, the notion that the British Empire could recede (much less would within 50 years) seemed like madness.  So too, perhaps, looking at the American political scene, the Jews seem to be riding high…and yet, there are clouds on the horizon.  Just a few years ago, there were 13 Jews in the US Senate; today, there are only 10 (and while they should all live to be 120, for a couple of the them, that day is not too far off).  The possible decline and fall of the American Jewish politician was brought home this week with a piece on the Times on the absence of major Jewish candidates in the NYC mayor’s race.  Sure, for years Mike Bloomberg represented all our dreams and aspirations–nasal, short, but still winning three elections easily.  And waiting in the wings was Dem Dreamboat Anthony Wiener, who it seemed was just a few inches away (about six, to be more precise) from being New York’s next mayor.  Now, however, with Manhattan Borough President Scott Stringer’s announcement that he won’t be running, we have no one.  Of course, there are still plenty of Jewish politicians, right?  And three Supreme Court justices?  And hey, if push comes to shove, we can always buy politicians, right?  Like Sheldon Adelson bought Mitt Romney…

For frantic boast and foolish word,
Thy Mercy on Thy People, Lord!