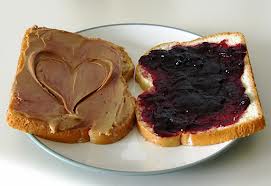 My girlfriend’s father was molested as a child by a Rabbi and hates anybody religious–of any religion. I have a lot of Orthodox relatives on both sides of my family, and even though my girlfriend gets along with them in person, she’s prone to making comments behind their backs–it’s “rude” that they won’t eat in my kitchen, “idiotic” that they can’t hang out with us on Friday night, etc. Believe it or not, she’s actually open-minded and non-judgmental about basically everything else. (And we all have our foibles–I’m a bit of a food snob myself.) She’ll eventually outgrow these views, but until then I’m torn between not wanting to hear them and valuing the opportunity to challenge them. Is this a personal choice, or is there gray area I’m overlooking?

Maybe the rainy weather is acting on me, because it’s clear as day that you shouldn’t tolerate verbal abuse, however thinly veiled…. but what kind of foggy co-dependent hell is this? You’re trying to rescue your girlfriend from her family, she’s angling to tear you away from yours…. your relationship seems to hinge on disparaging each other’s clans, an activity that’s unwise pretty much always. Including when the other party criticizes his relatives first–strictly for argument’s sake, the only exception I can think of is if your married lover bashes his (or her) spouse and you’re gauging his (or her) intention to divorce. Of course, you’re not supposed to find yourself in that situation to begin with…. and I’m not persuaded you and your GF belong in yours.

Granted, she’s a victim of abuse, if not directly from her father then indirectly from the Rabbi who abused him. If she’s as fair-minded as you claim, though, it shouldn’t take heroic efforts to extract the prejudice from her. So what’s stopping you? Might this whole situation be resolved by some BDSM play, or do you have mixed feelings about your Orthodox peeps that you’re not owning up to? All I’ve got to go on is your alimentary elitism (and your pride in it peeking out from behind the word “foibles”). Since my food for thought no doubt pales in comparison to the offerings at the artisanal farmhouse bistro where you deposit your spare cash (though feel free to throw some in my direction), I suggest a peanut butter sandwich. It doesn’t have to be Wonder Bread and Jif–buy the bread from a baker and grind the goop (ignoring the counter-intuitive visuals) at a vegan importer if you like. Just keep it under six bucks. Seven tops–getting real sounds like a good first step toward wherever you need to go. 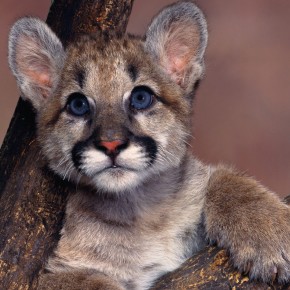 I’m 27 and utterly, ridiculously infatuated with the high-school senior interning at my office in the afternoons. I feel like I’m having a mid-life crisis! It’s one thing to be obsessed with a celebrity who wouldn’t look at you twice, but this kid won’t look at me because I’m ancient :_(.  I definitely do not flirt, but just being friendly makes me feel transparent, like the female version of a creepy old man. Is this a normal passage of adulthood?

I suppose…. but the median age for women to start feeling old these days, apparently, is forty-two–when babies born the year we turned legal begin wielding legitimate ID’s themselves. You’re not alone in the center of the prime advertising demographic grousing about your dwindling youth, nor would you be unique at sixty calling forty-two a kid. However, every female I asked born between 1959 and 1971 honed in on forty-two. Forty-two is like making a wrong turn off the bunny slope onto a black diamond–I’m going with that, allowing you many seasons to come to terms with inevitability. You’re off to a great start, but your present priorities ought to be a) healing from previous trauma caused by salacious liver-spotted and/or fake-suntanned men, and b) abandoning all hope of impressing the younger set ever again. Unless you intend to have frequent face lifts and dress like a tween into your nursing-home years, in which case hope away.

I’m not accusing you of subscribing to Popstar, I’m suggesting that if you feel looked upon as a lecher you’re projecting. Do you imagine everyone with a decade on you is gross, or are they mostly–an important mostly–off your radar sexually? If it’s any consolation, by the time you turn forty-two the median age may be fifty.