Whats Wrong With You: Young Man Rejected by Therapist, Mother Rejected by Young Men, and More Than You Want to Know 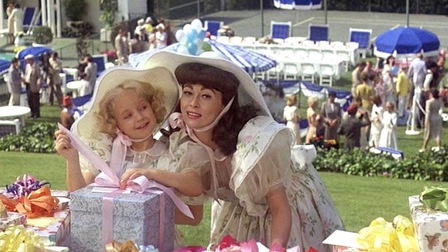 I’ve been unemployed for almost a year but getting by with temp jobs and freelancing.  Recently I was offered a job in a remote, faraway part of the world.  My therapist thinks I should take it, but I can’t help thinking she just wants to get rid of me because I’m paying her on a sliding scale, and she could replace me with a full-paying client.  The job would be a sideways career move rather than a forward one, and I wouldn’t have the same networking opportunities that I have here, so it’s not going to help me get the job I really want.  I’d also miss my family and friends.  On the other hand, I’m young and this is an opportunity to see the world.  Can you please give me an objective opinion about this?

I don’t know anything about your therapist’s finances, but you’re definitely not her favorite patient.  Are you actually telling me, “I’m young and this is an opportunity to see the world,” and then asking me what I think you should do?  She might want to cut you loose because you’re boring.  If you can handle the truth, see if she’ll treat you via Skype:  yes means go, and no means you need a new shrink, anyway, so go.  Get packing.  Don’t forget your passport.

My mother is a terrific, smart woman who’s done many wonderful, generous things for me over the years.  But my father remarried last spring and she’s gone a bit crazy as a result.  I gave her my online dating passwords, unfortunately, because she said she was only going to browse.  Well, now she’s actually messaging people in my name as though it’s me seeking to introduce her to them.  To make matters worse, she’s choosing men who are much younger than her.  My stepmother is eight years younger than my father, but my mother’s going for ten to fifteen.  She writes things like, “I know you’re not seeking women over 40 but Mom looks great for her age and is very young at heart,” which doesn’t even sound like something I would write.  And then she says it isn’t worth the time and money to have her own profile because she never gets any dates.  I know I have to change my password, but how can I do that without hurting her feelings?

Matchmaker Not in Heaven

It’s touching that you want to spare your mother’s feelings, seeing as she’s just been replaced by her ex with a younger model.  Yet I’m more interested in getting you through this without a guilt trip.  Please register Mom on JDate, or Match.com, or SawYouAtSinai.com, behind her back.  Annual, non-refundable, automatically-renewable and, if she won’t be surprised that you know the numbers, on her credit card.  Then meet her for coffee and start writing her profile.

If she doesn’t edit you — if she shows no sign of relief at having her hand in the matter finally forced — remind her, impersonally, that we humans value stuff more when we pay for it.  Her looking for love in all the wrong decades is not for you to address.  Simply convey that if she’s serious about finding a man she should search seriously.  Put herself out there.  No harm in meeting someone for coffee, you never know, maybe he’s rich…. What Jewish mother of a young, single girl would argue with that?

If you use your own credit card you may also nag her to not waste your money.  But let sleeping neurons of filial competition lie.

Next time by both of you,

Do you have any suggestions for dealing with friends who like to talk about sex very loudly in public places?  I have no problem discussing sex at a normal volume, nor am I bothered by people who eavesdrop legitimately.  However, my friend shouts about how great her boyfriend is in bed with an obvious intention to be heard by everyone around her.  Her obviousness is what embarrasses me rather than the subject matter.  I’ve tried talking to her about it but her stock response is that sex is nothing to be ashamed of.

I have three suggestions:

1) Take comfort in the fact that people who oppressively gloat about their sex lives eventually get cheated on and/or spectacularly dumped.  Famous people make tabloid headlines to prove it, but the rule applies to nobodies, too.

2) Have sympathy for the unfathomably, irrevocably insecure.

From two tables away at Starbucks,