What’s Wrong With You: Stripper Knows Best, Shrink Maybe Not 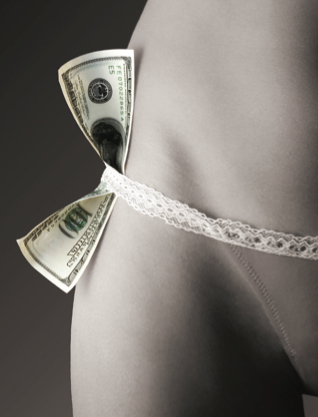 Stripper Knows Best How To Deal With Boss

People project their fantasies onto performers. I’ve recognized this for a long time as a piano player, and lately as host of a weekly comedy night at a bar I’m seeing it even more. So it’s extra creepy and I don’t trust it that the manager of this bar, aka my boss, has only started hitting on me recently, after knowing me as a musician for years. He has a temper the length of a candle wick. Meaning when my lack of interest finally pierces his skull, I’ll be fired for some fabricated reason within a month. I can’t pretend I have a boyfriend because most of my shtick on stage is about my nightmare dating life. There’s no higher-up to complain to. What else can I do?

This is one of the oldest lose-lose situations in the book, so we’ll look at one of the oldest professions in the book, but first let’s break it down. If you sleep with your boss your job is only good until the next woman comes along. If you reject him you’re fired the next time you blink wrong. And if you wait for him to lose interest, you have to string him along while you’re waiting–praying he loses interest before he realizes you’re stringing him along.

As a performer being harassed by her manager, however, you’re in a unique position to operate on dual fronts: string him along in person while secretly sending turnoff signals from the stage.

Regarding the former, I consulted a stripper for tips on how to implicitly offer sex, eternally postpone it, and get paid for your efforts(!!!). (Stripping isn’t the oldest career but it’s the closest match to your complaint.) According to my source, you should be fending off your boss with excuses about previous bad experiences dating people from work, and when he argues that he’s different tell him you’ll think about it. Also mention student loans, real or fictional, as a hedge against being fired.

From the microphone, meanwhile, since your single-girl comedy is making him want to swoop in and save you, toss in a couple of jokes that will creep him out: menstruation, gynecological exams, even pubic hair can do the trick these days (alas). The unsexy imagery will worm its way down into his subconscious, hopefully before it’s too late.

One more thing: audiences project onto performers–and performers project onto their audience. I’m not condoning your boss, but in general if you can’t trust a man’s attraction to you your nightmare dating life will not improve.

Freud Would Not Approve

I don’t eat pork or shellfish because I was raised kosher and can’t bring myself to cross those lines, no matter that I don’t believe in them religiously. My therapist thinks it’s guilt-related and wants me to eat a ham-and-cheese sandwich to confront the guilt. I think I should confront the guilt first and then eat a bacon-double-cheeseburger if I feel like it. The issue is that my therapist is a professed atheist, and sometimes I feel like I’m arguing with the atheist instead of the therapist. It doesn’t bother me enough to fire him, but do you think it should?

Diagnosed with OTD [Off The Derech (Path)]

Without getting into that veil of secrecy that shrinks once upon a time were supposed to maintain, if you google “things a therapist should never do” or “signs of a bad therapist,” you’ll find expressing religious preferences on every list that appears. Along with forgetting appointments, making billing mistakes, and eating, drinking or leaving his/her phone on during sessions. Really? A shrink who became a shrink to help himself, as the adage goes, and is therefore by definition self-absorbed, should never do any of the above? What would become of the field? Who would be left to help us recover from our childhoods and stop dating jerks?

If pushing his beliefs is the only box you’re checking off–or one of, say, three–your mental-health practitioner is no more imperfect than any other. But how does it make you feel to defend the vestiges of your kosher childhood against an anti-anything-God-related atheist? You state in your first sentence that your dietary restrictions have nothing to do (anymore) with religion. And they’re hardly onerous compared to those of anybody browsing the aisles at a health food store. The atheist in your shrink shouldn’t care whether or not you indulge in sausage with a side of shrimp salad. No need to fire him over it if you don’t want to, but at however much you’re paying per minute I wouldn’t humor him, either.