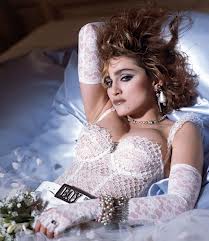 I’m at the stage where everyone around me is in a panic to introduce me to their brother’s neighbor’s cousin. According to the people I’m talking about, a kohain can’t marry me because I’ve slept with non-Jews–should I disclose my past now so I don’t waste anybody’s time? What if the person who wants to set me up is my mother? I’m not that religious, obviously, however I’m open to dating a religious guy and seeing how it goes.

Would you announce an STD on the first date? A criminal history? Your maxed out credit cards and crushing college debt? Not only should you keep your impure status to yourself until a fellow needs to know, you should find a Rabbi if you get to that point who tells you to keep mum permanently. Or just restore your hymen proactively, now. (At home if you like.)

Or, instead of worrying about about wasting people’s time (the time-waste award usually goes to the blind date itself), worry about your urge to deem yourself damaged goods–to your mother especially–and your willingness to date men who agree. You’ve heard the one about loving yourself first, right? At your present level of self-esteem you’ll meet nobody good. 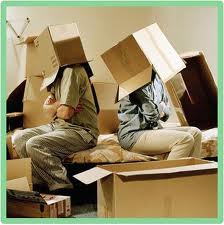 My boyfriend of two years and I just moved into a small one-bedroom apartment together, and his rigid ideas about furniture are driving me absolutely nuts. Bookcases belong in the living room, even though we have an ideal spot in the bedroom. The printer belongs in our tiny, basically counterless kitchen. We absolutely must have a charging station near the front door–call an electrician to install an outlet. My boyfriend isn’t OCD–he’s a slob, actually–so I’m willing to pass this off as moving stress and/or a personal quirk he’s never had to confront before. But I need him to confront it before unpacking inertia sets in and things wind up permanently wherever they are.

Wants to Be Able to Cook

You’re probably right about the stress and the quirk, but before you empty another box, think about where his furniture rules are coming from. Not Feng Shui–he wants the layout he’s used to, and whose layout is that? Hint: the same person whom deep down he expects to enable his slobby ways by cleaning up.

Your boyfriend has a bad case of Mommy-itis, unfortunately. (Thank you 80-year-old woman I overheard at Zabar’s for that fabulous term.) Sure, eventually he’ll tire of smoothie splashing on the printer and come around, interior design-wise. Then, slowly, socks on the floor become underwear on the couch becomes sweaty gym clothes on the dining room table. If the thought of that doesn’t send you re-packing, the blow-job method will solve your furniture problem–it alleviates stress and bypasses quirks simultaneously. Repeat whenever the trash is full for the rest of your life.

From a dating perspective, what does refusing to own a cell phone say about a guy? Thanks!

It says he’s a one-way, dead-end street full of orange cones. A guy who shuns modern mobile communication on principle–like my nineties-era ex who relied on his pager and his friends’ (home-bound) phones–I’m extrapolating here–will call you when he’s in the mood, be unreachable otherwise, treat multiple women this way concurrently, and may be married or using an alias.

Surgically-implanted phones are the height of narcissism, and phone Luddites are the nadir of narcissism–not the absence. Look for fashionably-late adopters who don’t fear airplane travel. If Android users aren’t working out, perhaps an iPhone or Blackberry man is a better fit.