What’s Wrong with You: Ball-Dropping Dilemmas 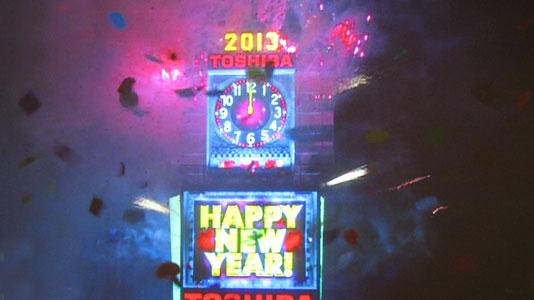 It’s that time of year again: out with the old, in with the new, back to the same as before in a matter of days. Only in the spirit of the moment do I propose this resolution to the people who wrote me this week with pressing New Years’ Eve concerns: plan ahead! What’s Wrong with You runs on Tuesdays. I made exceptions and emailed you in advance, but next time you’ll have to wait, and it will be too late.

My girlfriend of four years and I disagree on too many important matters to have a future together. One of my 2012 resolutions was to break up with her. Never happened. However, at 11:55 pm on December 31st I’m likely to panic and do it. An incredibly shitty thing to do, I’m well aware. But she’d have an extra reason to hate me, which could help her recover faster. The alternative is allowing her to waste more of her life on me. May I be a total jerk?

Ending a long-term relationship as the ball drops on 4,500,000,000 or so would earn you the kind of viral notoriety that leaves only Tucker Max’s leftovers in your dating pool. Your mother would cry alone, but for the sake of your poor girlfriend I’ll let you in on a little secret: your deadline came and went a while ago. New Year’s resolutions are valid for one month; the full-year myth is gym and custom-closet designer propaganda. I give you until two weeks before Valentine’s Day to redeem yourself.

Happy New Year once the deed is done,

I have a massive crush on this guy and we’re going to the same New Year’s party. How drunk do I need to be to get away with sidling up next to him right before midnight?

Before we begin, let’s shed the whoa-is-me mentality, shall we? You’re probably the victim of some childhood trauma, but don’t blame Cupid for your overactive hormones and unwise ideas. The best way to approach this is to stay sober. Relax, not for the whole night, just until you ask Mr. Sexy how he’ll feel if your puckered lips materialize as the corks prepare to pop.

If he likes you he’ll tell you to go for it, and if his response is disappointing, you were simply flirting, no harm done. The trick is deciphering ambiguity, which requires a clear head. (Personally, if the question itself doesn’t tip the scales in your favor, I think you’re out of luck.) When you’ve honestly assessed the situation, if three friends approve your plan you may imbibe to either steel your nerves or get beer goggles on. Not to silence the little voice in your head that knows better.

This guy who’s been hounding me for the past several months just told me he made plans for us to go to an Indian-reservation casino on New Year’s Eve, and I “have to go because he already reserved the limo”. I was planning to go to a party, but I’d rather not mention that because he’ll figure out where it is on Facebook and crash. What are some snappier ways to say no?

Thank you and Happy New Year,

I have yet to decipher Facebook’s menu of  “privacy” options, and I’m assuming you’ve blocked this Neanderthal from your personal page, but is it possible to plant a fictive December 31st agenda in a post that he could see? Or how about telling him you get carsick? No, wait, he’ll up the ante with a helicopter. I’ve got it: agree to join him, then text him every fifteen minutes that you’re on your way. What can he do, stalk and murder you?

Listen, the same What kind of cave are you from? diatribes coursing your brain are coursing mine now, too. But there’s no poking holes in this blowhard’s level of presumption. Preserve your breath with any of these: Screw you. Fuck you. Go to hell.

Chanting epithets is way more self-renewing than resolutions. If you are making a list, though, Inexperienced, add boundaries.

Wishing one and all a wonderful, cathartic 2013,