What’s Wrong With You: Screaming is Good, Silence Revealing 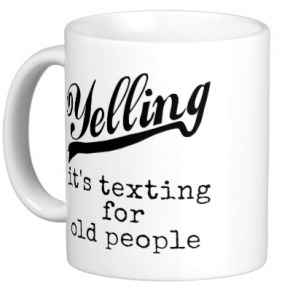 I’ve been with my boyfriend for two years, and like any other committed couple we’ve had a few fights. When we’re really heated and angry, it seems like we have an easier time working it out through text messages than face-to-face. Is this a sign of poor communication skills? I think we are good communicators, and the texting gets us past the part where we’d be yelling and screaming. But should we not be afraid to yell and scream?

First things first: you should not be afraid to yell, scream, shout, screech, squawk, holler, bellow, rant, rave, roar or the rest of this thesaurus page at your partner. Period. If you aren’t comfortable letting the person you sleep naked with have it, how are you going to deal with the guy harassing you on a dark street? The angry driver who calls you a bitch for happening to be in the lane into which he suddenly decided to swerve? The headphone a-hole on the crowded train blocking the door? I’m speaking (calmly) to you as a screw-up whose first sign of recovery in psychotherapy was the ability to raise her voice in her dreams: extreme verbal outbursts are too crucial to everyday functioning to be a wuss about them.

You can’t blow your chimney every time your significant other annoys you, though, because as the years progress you start annoying each other daily (if not hourly). So if thumb combat helps you lower the decibels, great! You’re far from alone, and too bad for marriage therapists if they disapprove. Just remember that everything you type gets saved—whereas the occasional vocal cord workout, unless surreptitiously recorded, doesn’t leave a trail. And can be beneficial to your mental health. Did I mention the make-up sex is also better?

I have a friend at work who I also see outside the office because our social circles overlap. She gets amazing highlights and she knows I’m desperate for a new hairdresser, but she won’t tell me who she goes to. Every time I bring up the subject, she demurs with something like, “Oh, I go to this place on Third Street,” or she’ll act as if she didn’t hear me. Once she “joked” about not sharing her “secrets”. It’s gotten to the point where I’m so irritated that I question whether we’re really friends. Am I overreacting? 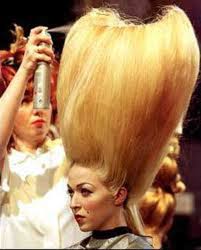 Thanks,
Always a Bad Hair Day

Your bad hair day is probably better than my average hair day, but whatever. You’re right to wonder whether this woman is a genuine friend. I’m guessing she’s friendly with a side of fake. Let’s look at the reasons a person might treat her stylist’s identity like classified information:

Approximately one-and-a-half of these motives are forgivable, I suppose, if your colleague is otherwise reasonable and generous. Maybe try asking her why she’s so stingy with her connections—less passive-aggressively, please—but if that doesn’t help, move on before your whole head turns gray from frustration. Surely you’re acquainted with more than one owner of fabulous tresses. Hell, you can usually get a referral from a well-coiffed stranger.

Hope you find someone great,
Judith