What’s Wrong With You: Roommates and Rent Edition 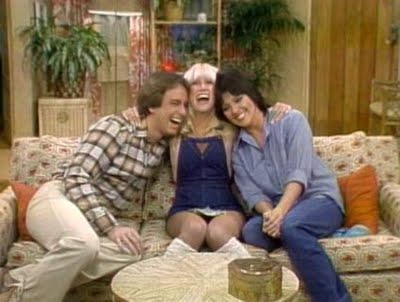 Why are women so afraid of a guy just because he lives with a lesbian couple? I’ve never fooled around with either of them, but I get too many raised eyebrows and too few second dates.

Because it makes you sound like a dude with a stereotypical fantasy playing too big a role in his life. Kudos for seeking women intelligent enough to be wary, though, even if they may also be insecure. Try withholding the information until the third or fourth date, and being careful when you do divulge not to preemptively protest too much.

My boyfriend and I want to move in together, but he wants me to move into the apartment where he already lives. It is a rent-controlled two-bedroom on the Upper East Side, but I think if we’re going to start our lives together we should start in a place that’s “ours”, not “his”, and it used to be his grandmother’s apartment so it really has a lot of history for him. He says he won’t sublet because if he gets caught he’ll lose his lease. But if he’s really committed to me, shouldn’t he be willing to take some risks?

Sincerely,
Wants To Do This Right

Dear Wants To Do This Right,

You’re either insane or you grew up so wealthy that you have no concept of how money works for the rest of us.

I was going to end there because you don’t sound like a person who heeds common sense. But for what it’s worth to my readers in general, you’re who’s hiding behind idealistic notions to avoid taking a risk. Sure, the burden will be on you to carve out space for yourself in your man’s established domain. But if it works out, you can get married and have kids in this two-bedroom and spend the extra cash on a full-time housekeeper/chef, just to name something off the top of my wish list. Or buy a vacation home. Retire early. Pay rent that’s lower than my grocery bill yet fight with your landlord on principle over twenty-dollar repairs (these people exist). Be a meagerly-compensated advice-columnist without wondering every day if you should have stayed in school and become a shrink. The world of disposable income would be yours.

If any of this is getting through to you, sit down with your boyfriend and negotiate what furniture you’re bringing and which closets you get. One small step for compromise, one giant leap for you.

*The Price of Admission*

I recently moved to New York City for a job, and I’m torn between two apartments. One is more expensive, but for the cheaper one I’d have to pay a hefty broker’s fee, and I don’t really know if I want to stay long enough for it to amortize itself out. If I like them both equally (although for different reasons), which apartment makes the most sense?

Thank you,
New in Town

Not only am I unable to answer your question, you shouldn’t expect to answer it yourself. The answer is unknowable until such time in the future as it reveals itself, whether due to your own decision or your landlord’s decision to drastically hike your rent. I will offer that location may prove more important than you realize. Ultimately, however, this is about accepting your human limitations: as with most of life’s big choices, you heed your instincts, make an educated guess and hope for the best. In that order.