What’s Wrong With You: Pot for Teacher, Loaded Gifts for Bride 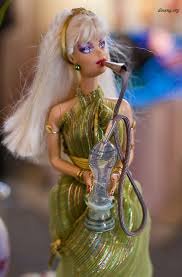 I met a man at a party over the weekend who teaches third grade at an elite private school. He was smoking pot along with everybody else, myself included–but I don’t work with kids. Should I report him?

Not This Teacher’s Pet

Dear Not This Teacher’s Pet,

Hmmmm, did this guy offend you in some other way you’re not telling me about? You’re the product of an elite private school yourself and can’t handle the implication that your teachers were everyday people like the rest of us? Maybe I’m missing something here because I got two hours of sleep last night, but neither of those reasons is good enough, and I can’t imagine why else you’d feel compelled to meddle in a person you just met’s career. The only folks whose private lives are justifiably held, because their professions are asking for it, to a higher standard than the hoi polloi are clergy, politicians and female celebrities. And the latter are only held to a higher standard of beauty–actually all women are measured the same, but stars wind up in the tabloids when they’re glimpsed without makeup while the rest of us mostly get ignored. Whereas if a male clergy-person or politician finds himself penalized for screwing up it’s the exception to the rule. So outside of a few narcissistic saps with poor self-control who are unlucky enough to be caught, we’re talking about the entirety of womankind being measured against an unrealistic, hypocritical standard, and goddamn my insomnia for draining me of the capacity to take this topic to town. Where was I? Oh, yeah: yaaaaawn.

I once admired a vase on my fiance’s aunt’s coffee table, and ever since then everyone in his family is convinced I love vases. First it was just his aunt and mother, but now his sister and cousin have joined in. I got vases for my birthday, as engagement gifts, at my shower (despite not registering for any), and I just got four more for Hanukkah. Is it ungrateful of me to be annoyed that they’ve jumped on this one random comment and not made any additional effort to get to know me? Fiance says they’re hyper-sensitive and wants me to let it slide.

Thanks,
Not the Collecting Type, Either

Dear Not the Collecting Type,

Maybe it’s the coffee fumes, but I’m seeing a mirage of open, expectant symbolic vaginas and wondering what would have happened if the object you’d admired that fateful day was a phallic representation instead. Obviously if you’d complimented somebody’s purse you’d be in luck, the envy of purse-lovers if not ecstatic yourself; the bags we carry are feminine-mystique metaphors ten times over. But what if you’d noticed, for example, a bowling trophy or a tall male figurine–would your comment have resonated the same way? What if his aunt had an antique sword hanging on her wall (shudder)?

OK, enough about your future in-laws’ group repression. Superficially this is an etiquette issue, and since I don’t know if your fiance is wisely choosing his battles or too entangled to fight any of them, I’m recommending slow, incremental disabuse. Flatter his family’s stuff judiciously, bemoan your lack of space for any more flower-canals as context permits. Be patient, though, because seriously, what in the name of psycho-sexual dynamics is so much insert-stem-here giftware trying to convey? And now I’m picturing you surrounded by a mob throwing pottery and begonias. At your head. You might want to leave this collective cathexis alone, ultimately, lest you unleash worse.