Forget the brouhaha (Brew-haha?) over Starbucks coffee cups, there’s a real holiday kerfuffle afoot. In one corner: Candy versions Hanukkah’s historic heroes, the Maccabees. In the other: Santa Claus, himself.

Jennie Rivlin Roberts is the owner of Modern Tribe, one of our favorite Jewish-ish online stores. This year she’s been selling these charming Milk Chocolate Maccabees as part of Modern Tribe’s latest batch of Hanukkah stock. 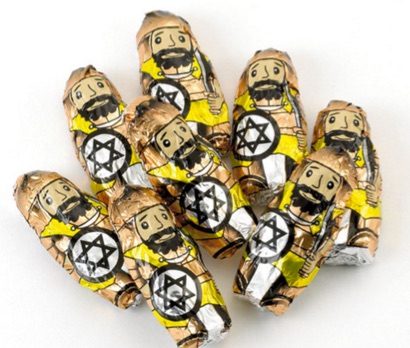 There’s just one problem. After unwrapping the chocobees for some office taste testing, Rivlin Roberts made a startling discovery. They weren’t Hasmoneans at all! In fact, quite the opposite.

They were fucking Santa Claus. 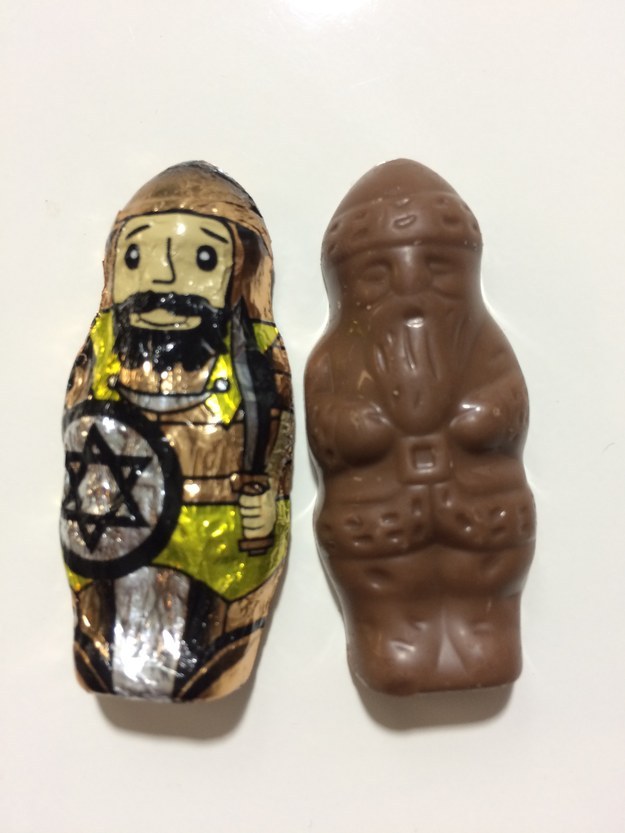 In the midst of this supposed “War on Christmas” I keep hearing about, it looks like Christmas just launched an ICBM (Inter-religious Chocolate Ballistic Missile) preemptive strike against Hanukkah.

As Rivlin Roberts explains in a self-published post on Buzzfeed:

The next thing I did was call our supplier, who are way more observant Jews than I, who basically said, “yah, what of it?” They said they couldn’t afford to purchase a new chocolate mold and chose, instead, to just use Madelaine’s Santa mold. His question to me was, “is this blasphemous or offensive to someone, what’s the big deal”?

According to Rivlin Roberts, over 500 of these “Secret Santas” had already been sold before the Modern Tribe team discovered their true nature. Accordingly, The Modern Tribe Facebook page has promised a forthcoming update for customers who have already purchased the item.

Of course, delicious milk chocolate is gonna be delicious milk chocolate, no matter what seasonal holiday it’s molded for.  That said, if you’re the sort of person who absolutely insists their sweets stay as far away from Christmas as possible, Modern Tribe also sells tons of other treats, like these chocolate dreidels stuffed with chocolate coins, which are just the sort of confectionary overkill we’re looking for when it comes to celebrating our ancestors’ bloody guerrilla victory over an invading army.