The Kid from Airplane! Remembers Gary Coleman and Peter Graves 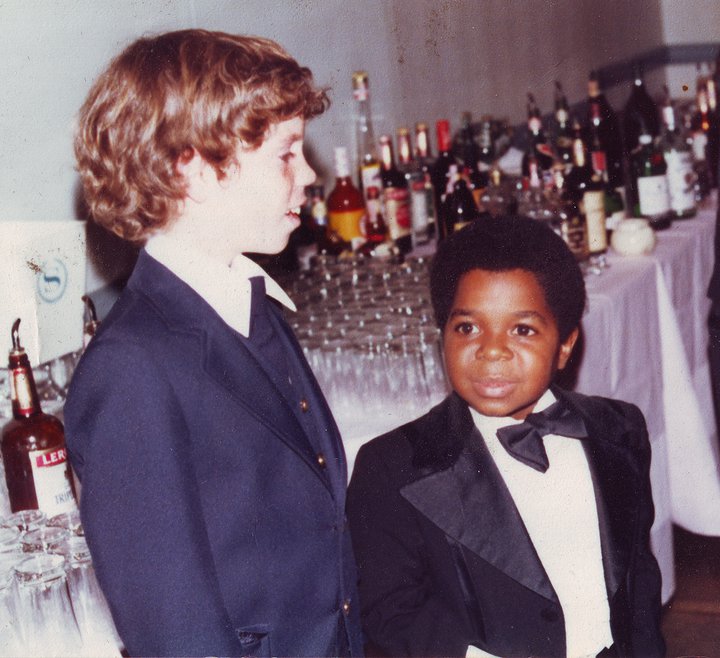 At ten, Ross Harris helped create the most-lighthearted child rape joke ever to hit the big screen. Alone with the nubile young lad, Peter Graves, silver-haired and dignified, leans over and asks, “Tell me, Jimmy: Have you ever seen a grown man naked?” Never again would parents encourage their kids to explore the cockpit.

Heeb caught up with the now 40-year old to reminisce about the recently deceased Graves. Little did we know Gary Coleman would also pass, but luckily Harris also shared fond memories of the fellow former child star, leaving Heeb with — in addition to some great behind-the-scenes dirt — a two-for-one 80s star eulogy. (R.I.P Coleman and Graves.)

You were nominated for a Young Artist Award in ’81 for your role on Airplane! Were you pissed at Gary Coleman for beating you?
Me and Gary partied. No hard feelings about that award thing.

You guys look pretty dapper. Who were your dates?
I think my mom was my date. As you can see, I wasn’t pulling in the ladies at that time. Now, Gary on the other hand . . . he was a pimp! His tux. His whole demeanor and look. Serious as hell.

The “Air Israel” scene in Airplane! made the top 10 on the list of The 100 Greatest Jewish Movie Moments. Any lurid stories about the shoot?
The cool part about the film was that since we all played passengers on a plane, the child actors got to be on set for a lot of scenes we would normally miss. Actually, there’s a scene that was cut and doesn’t appear in the DVD extras either: a passenger urinates all over the airplane’s bathroom — using a prosthetic penis. Of course, the kids in the movie got wind of this and we watched the scene being filmed. We thought it was great! After witnessing this in awe and wonder, I snuck into the prop room. As one would imagine, the prop room for Airplane! was an amazing place: Spears, miniature cities, disco balls. At the end of the darkened room, the faux penis was on a table. So, I picked it up and was checking it out. Suddenly, the lights flick on and I spin around, still holding the penis. Standing in the doorway was the prop master. We exchanged an uncomfortable “we shall never speak of this” look. I set down the prosthesis and we both went about our day.

What do you remember about working with Peter Graves on that infamous scene?
Oh, Peter Graves totally avoided me on the set. He’s said he had serious trepidations about the role and as soon as the cameras stopped rolling, we had no connection. I didn’t see him for almost 30 years. But there was a screening of Airplane! near my home in California last summer. They were honoring Peter and I decided to show up and surprise him. We ended up doing a little Q&A together and he was the total opposite of the distant guy I knew on set. He was totally grabbing me and pulling me in close. The audience ate it up! It’s great we got to get together one last time.