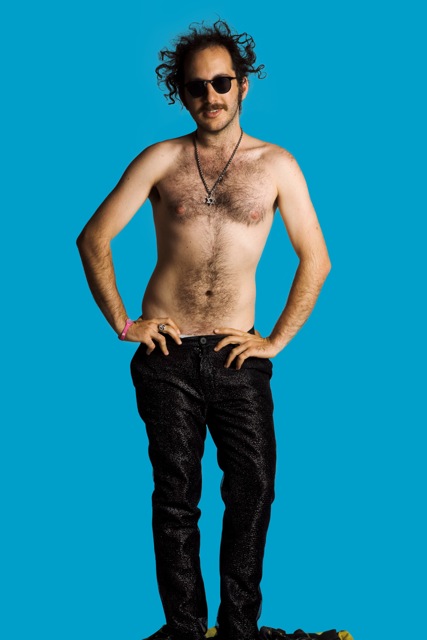 Inside Candela Candela, a Cuban-Italian restaurant on Second Avenue in Manhattan where we arranged to meet, Mark “The Cobrasnake” Hunter commands instant attention with his torn, patch-worked denim capris, camouflaged wife-beater, MasterCard logo hat and his signature mustache. And his kicks. Crazy American-flag kicks.

Known for being the quintessential hipster party photographer who has documented the Pretty Young Things of the indie scene since 2003, Hunter makes a living by taking his camera to parties all over the world. Though only 24, Hunter pioneered photo-blogging while the rest of us were still buying kodak refills. His success is owed to his influence; he has shaped underground culture as much as he’s depicted it. Hunter remembers meeting kids in Australia, for example, claiming to have taken fashion inspiration from his photographs. His influence is underscored by the fame garnered by many of his subjects, including former intern (and love interest), 20-year-old Cory Kennedy–known by many as an ‘Internet It Girl.’

So, you’re 24, and you’re an international brand. What’s next? A gallery in Berlin? Skateboard shop in Tokyo? Speakeasy in Paris?  How about a trip with Dov Charney, Mickey Avalon and 40 other indie-types to the Wailing Wall? You heard it here first.

You started photographing parties when you were underage, so I imagine you must’ve had a pretty good fake.

When I was 18, I looked more like 30, so, uh, it wasn’t that crazy, but it’d be really awkward for me because I would accept jobs and get booked to go to some party that I wasn’t even sure I could end up getting into. But, yeah, even before I wanted to start partying, I had an interest in getting a fake ID and learned the ways of going to downtown L.A., dealing with shady Mexican people and waiting on the street corner. Actually, in my new shop that I just opened, there’s a large table with all this memorabilia of my life under plexi-glass, and there’s my fake IDs.

Where did this Cobrasnake nickname/persona originate?  How’d you get attached to that?

It really came from nothing. I make folklore ’cause I have a big scar on my hand ’cause I was in the boyscouts and I say ‘Oh I was bit by a snake,’ but that’s not true. And really, it was just some sort of a marketing technique I decided to use because when you have something that people don’t really understand, they’re more interested in it. You know, if my website was like ‘Mark Hunter Photography,’ nobody would care. Also, it’s a redundancy to have ‘cobra’ and ‘snake’ next to each other ’cause they’re kinda the same thing. I love it because now I paid to have my dad’s van wrapped.  It’s a huge van and he travels around L.A. a lot–he’s always driving–and sometimes I’ll be with him and [see] people–[their] reactions to seeing this Cobrasnake van, having no idea what the website is.

What’s an average day like for you since you’re pretty much nocturnal for your job?

I mean, I try to experience as much as I can in a day wherever I am. Otherwise, you know, if it’s just more of a day-to-day, I check a lot of emails, do a little bit of twittering. In L.A. I have a fitness club–Cobrasnake Fitness Club. We go hiking every morning around 10 a.m. I’ve been able to kind of mold my own schedule and don’t really have to play by any rules and if I am really over-inspired, sometimes I stay up til 10 in the morning, and then I have to sleep for a few hours. It’s a really hard place to get to that level of independence, but once you’re there and you can own it, it’s pretty phenomenal because I can clear my schedule for two weeks and sleep and do nothing or I can be in a different city every night if I have to.