The 10 Commandments, Updated For Modern Times 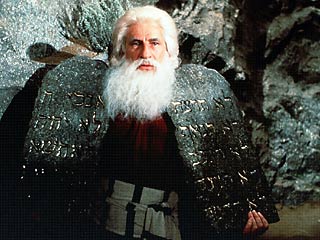 10. Do not covet your neighbor’s Asian wife.

9. Do not bear false witness against your neighbor, unless your attorney instructs you to do so.

8. Do not steal from investors.

7. Do not commit adultery until you’ve attained high political office.

6. Do not murder anyone, except for Palestinians.

5. Honor your father and mother by not changing your last name.

4. Remember the Sabbath day and keep it holy–go to brunch, then yoga, then brunch again.

3. Do not swear falsely by the name of the Lord, because we just say “fuck” now.

2. Do not make an image or any likeness of what is in the heavens above, unless you can sell it for a profit.