Though part one of my SXSW recap covered four gloriously hype-worthy acts, the weekend had much more to offer. Here are just a few more of the other musicians soon to dominate your iPod.

Bear In Heaven: This Brooklyn-based foursome sounds like nothing else coming out of the ‘Burg, mostly because of Bear’s unapologetically prog-rock tendencies. During its lean-yet-meaty set at the Mohawk Bar, BiH came across like an updated Rush or Genesis. They may work temp jobs during the day, but they blow the hirsute hipsters’s minds at night.

Geographer: It’s one thing to drive down to Austin to play a few shows at coveted timeslots. It’s another to drive down to Austin all the way from San Francisco for just one performance at noon. (The people still nursing hangovers in their hotel rooms really missed out.) This synth-pop trio gets props for ambition, but their sound is what really earns them respect. Imagine Passion Pit fronted by a guy who can sing — a hopeless romantic looking to dance to his misery. Bands like Geographer are why SXSW exists: truly indie but worth our attention. Let’s hope next year they score an official showcase slot. 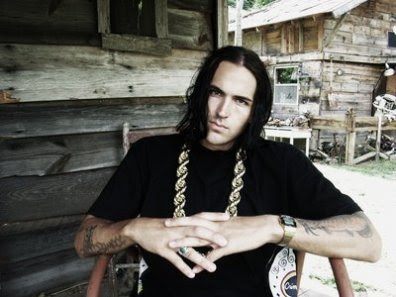 Yelawolf: Relatively unknown, Yelawolf is hip-hop’s next breakout star. The whip-quick rapper flooded the Levi’s Fader Fort with his machine gun delivery, and the audience of two thousand jumped in submission. Winning over a crowd of cynics might be difficult, but when you’re a white rapper from Alabama, it’s an almost impossible mission. Well, mission accomplished, Yelawolf.

Fool’s Gold: When we posted the Heeb interview Fool’s Gold frontman Luke Top back in December, we had no idea they were so impossibly entertaining live. Even their acclaimed album sounds pale compared to the jam explosion they unfurled on stage. Gold’s sunny aesthetic perfectly matched that beautiful day in Austin — almost as if the weather were a member of the band.

And special props to our colleague and fellow Heebster Jeff Newelt for working with the British Embassy on an exceptional showcase at Latitude 30 featuring up and comers VV Brown and Kanye West-approved Estelle.