Remember the other week when, after the Kansas City Royals made it to the World Series, Actor Paul Rudd invited everyone back to his mom’s house for a kegger? You probably thought to yourself “Hey, that Paul Rudd is a pretty great guy!” Well, boy did you not know the half of it.

This past weekend a short video made the rounds showing an altercation at the Dallas-Fort Worth airport, during which a crazed homophobic good ol’ boy verbally and physically assaulted a fellow traveler, only to be tackled by good samaritan bystanders, and subsequently arrested.

If you didn’t catch it, here you go (be warned – it’s got some rough language):

What a nice guy.

As you can see at about the 1:23 mark, the moment our homophobic flyer takes a gets physical, a crowd of onlookers tackles him to the ground until the police can arrest the jerk. And right there in the middle of it all is Paul “I haven’t aged a day since 1993” Rudd. 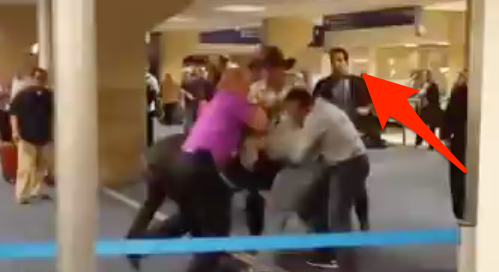 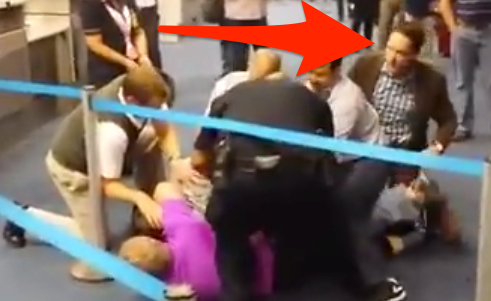 Rudd to the rescue

The video’s a little grainy, so Rudd’s involvement in the fracas wasn’t really apparent when it was first uploaded on Saturday. Rather, Wonkette credits internet gumshoes Sara Benincasa and Mark W.S. with correctly identifying Rudd as the mysterious man in the blue checkered shirt: 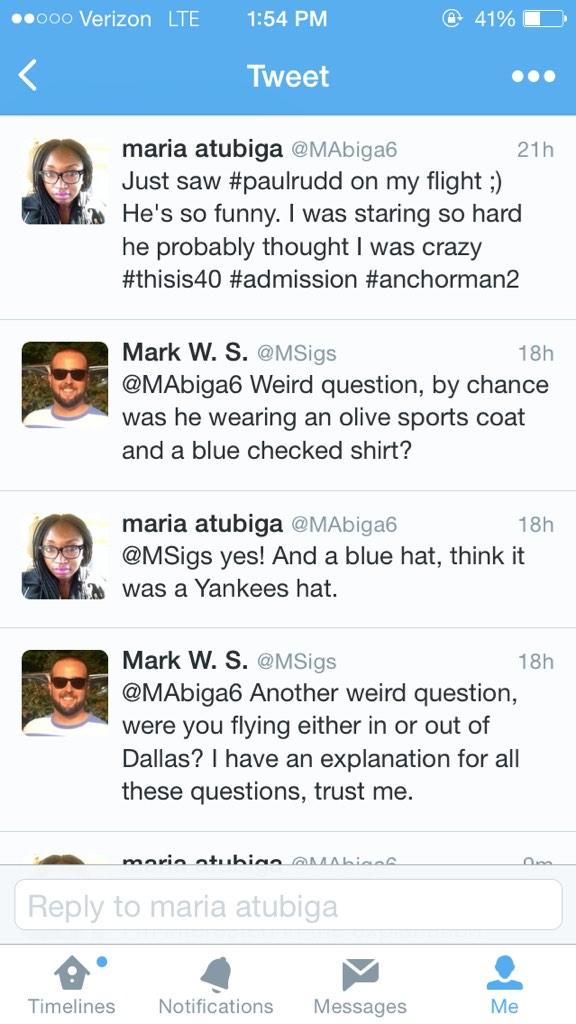 Rudd is set to play Scott Lang, hero of Marvel’s upcoming Ant-Man movie, which has seen several of its high-profile directors and writers bow out of the project, fueling speculation that perhaps the film might be the first flop for Marvel’s juggernaut cinematic universe. That said, as one twitter’er pointed out – Rudd’s airport episode may be just the thing Ant-Man‘s helter-skelter production needs:

Alas, it was too good to be true. According to original Rudd’s original out-er, Paul’s agent has spoken with Vanity Fair and denied that it was his client in the middle of the DFW scrum.

ATTENTION #PaulRuddSavesLives truthers: Rudd’s publicist told @vfhollywood it’s not him. SO WHO IS THIS RANDOM HOTTIE?!

So, if that’s not Paul, then that means there’s a Ruddelgänger running around airports, being generally awesome. Who is this mystery pseudo-Rudd?  The search is on…