Shia LaBeouf Is All Grown Up 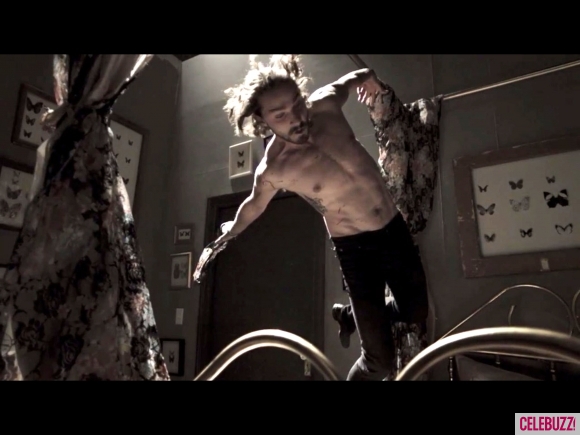 LaBeouf and actress Denna Thomson begin their journey in a bed surrounded by butterfly carcasses. They explore each others’ scratches and bruises (here we see LaBeouf is sad). They dance erotically and violently by the window. They’re given electrically charged lollipops. They eagerly eat the lollipops. They spiral into aquatic (yet also land-based) hallucinations amid squids and sharks. Then they’re in a room, marveling at butterflies and dancing on each other. Then things get really violent! She yells at him and he punches the wall a few times. They end up on the bed and wake up where we found them at the beginning of the video.

Is this the first time the couples’ taken lollipops? Is this a lollipop-addicted couple? Is the butterflies’ entrapment (you know, as dead things) a metaphor for this couple’s life? Why do her nipples seem to be a focal point?

Whatever the answers, the video definitely challenges viewers to a much higher degree than LaBeouf’s previous work (despite the internet’s fixation with his side penis). He’s doing it like a grown up, and we couldn’t be prouder of our little rugelach.