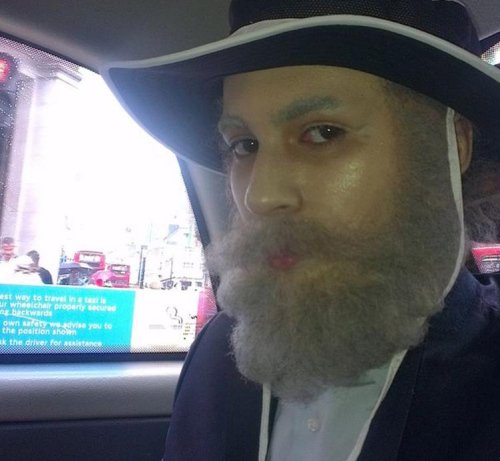 Snatch.,Guy Ritchie’s ensemble gangster-comedy, opens with a group of Hasidic Jews, seen only through security cameras as they wander hallway after hallway in Antwerp, debating the talmudic esoterica of Adam and Eve, and the mythology of Jesus’ miraculous birth. Finally, arriving at their destination – a diamond dealership  – the Hasidim pull out handguns, and proceed to rob the place blind. It’s one of the great fake-outs of modern crime cinema, and it all goes down while the opening credits are still rolling.

Now, in a case of life imitating art, it appears something very similar took place this past summer in Kent, England. As reported by the Sun, Miles Alura, a 16 year old schoolboy, stole over £50,000 in jewelry while wearing an elaborate “granddad disguise”. Miles was arrested in July, several miles from the scene of the crime, after having ditched most of his old man gear – Gear, we should add, that looks decidedly more like a zayde than a granddad. Fortunately, last week this bizarre case came to a close as Miles was sentenced to 5 years in prison for armed robbery and assault.

Snatch., however, remains free to stream from Netflix, anytime. 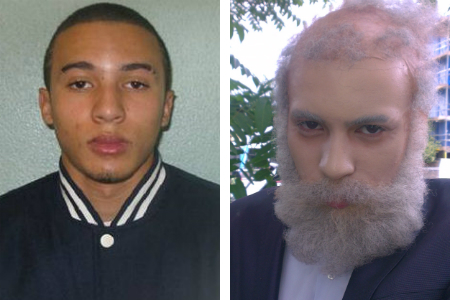