Hey-HEY! Is The Simpsons About To Kill Off Krusty The Clown?

If last month’s “12 Days Of Simpsons” marathon on the FXX network did anything other than keep me glued to my sofa for a week and a half, it served to remind me just how goddamned good The Simpsons could be when it wanted to (“no shit,” I know, but it’s nice to realize my rose-tinted Simpsons nostalgia is, in this case, totally justified.) Yes the show has slipped into Family Guy‘s “punchline, no joke” self-referential territory of late, but even so, a mediocre Simpsons is still better than 90% of everything else on TV. 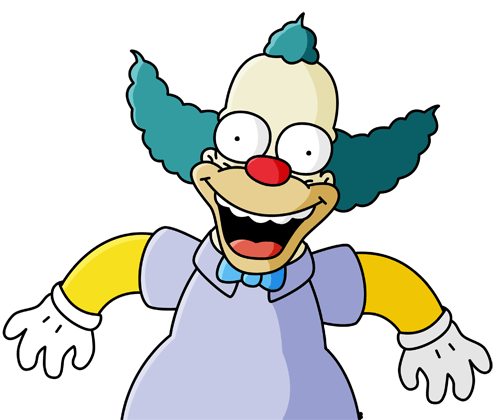 So, as the FXX marathon ended, I began to actually get a little excited at the prospect of spending a new season in Springfield with all the characters I’d (literally) grown up with; Especially – as befits any wiseass Jewish Simpsons fan – Krusty the clown. Sure, Homer and Co. are great, but just as The Jazz Singer changed the way people saw (or, rather, “heard”) movies, so did 1991’s “Like Father, Like Clown,” – a parody of that Jolson classic – change the way I enjoyed my favorite show. Suddenly Bart’s hero was mine too: A foul mouthed, cartoon clown with a Rabbi for a father and a jumble of shtetl-esque suffixes for his full name (“Herschel Shmoikel Pinchas Yerucham Krustofski.”) I, like countless little yiddos across the country, could relate. From then on, no matter how hackneyed his plot lines got (and, boy did they ever) I would forever be willing to dredge up a chuckle for even the worst Krusty-episodes. He was, after all, one of us.

But now, if the rumors are to be believed, The Simpsons may very well start out its record-breaking 26th season by killing off the most famous Jewish Clown on TV. The show’s writers have teased at killing a major character in the season premier – one voiced by an Emmy award winner. And now, reports ScreenCrush:

While we’ve known for some time that Homer’s health will end up in question during the September 28 premiere of “Clown in the Dumps,” the latest photos from installment strongly seem to hint that Krusty may be the one moving on to new phase his life (perhaps quite literally). Descriptions point to Krusty retiring after a roast, while the photos show what appear to be Bart in shock at the TV, Homer and Lisa at a Jewish funeral, and Krusty in an apparent Heaven 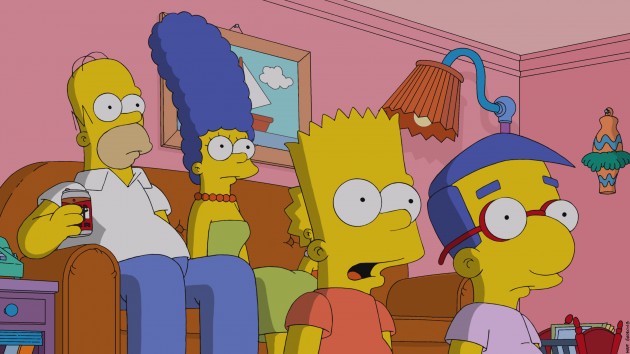 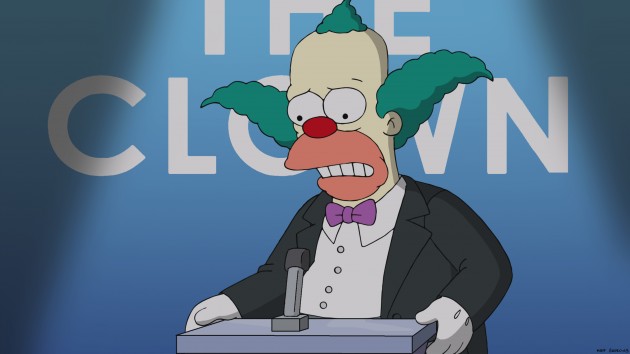 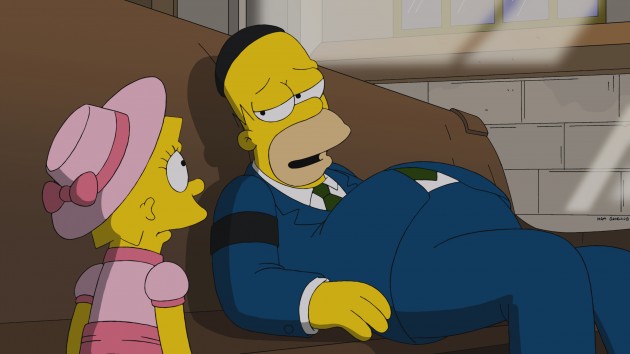 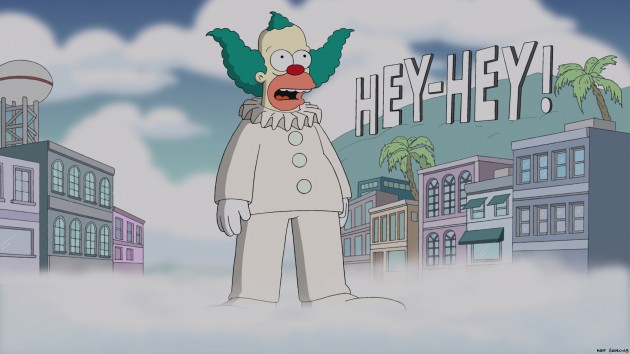 Signs clearly point to Krusty kicking the bucket, but let’s not forget that The Simpsons has long been a master at the art of character-death fake-outs. Remember “Who shot Mr. Burns”?  Or when we all thought it was going to be Lenny, not Maude Flanders, who would die at the Springfield speedway track? Which isn’t to say the show treats death lightly. Deaths of Simpson characters have, in fact, resulted in some great moments for the show: Ned Flanders turn as widower-father following Maude’s death is one of my favorite later-series Simpsons developments, and the “We’ll Really Miss You Mrs. K” blackboard gag, following the death of Mrs. Krabapple actress Marcia Wallace, was genuinely touching. For all its zany anarchy, The Simpsons manages to treat death with just the right combination amount of humor and heart – a rare feat for a 22 minute animated sitcom.

If, though, it really is Krusty’s time to go, it will mark a major turning point for the series – one unlike the deaths that have come before it: The loss, not of an ancillary bit-character, but of a major Springfield presence. As Simpsons writer Mike Reiss revealed to Gilbert Gottfried on a recent episode of the comedian’s Amazing Colossal Podcast, show creator Matt Groening’s original plans for a theoretical series-finale would have revealed Bart Simpson’s hero, Krusty, to have been his much-disrespected father, Homer, all along. And while the show clearly progressed past that (in hindsight, quaint) twist long ago, Reiss’s admission is proof positive that Krusty was conceptualized, not as an ancillary player, but as a lynchpin in the Simpsons‘ universe from the start.

So how would Krutsy’s death affect Springfield? Other than shoving Artie Ziff into that town’s “#1 Jew” spot, I’m really not sure. And how would it affect me? I’m not sure about that either, except to say that I can’t begin to picture a Simpsons without the tri-nippled clown as a regular presence. So, as much as both Jewish, and Clown funerals have proven to be excellent TV comedy fodder by The League and The Mary Tyler Moore Show, respectively, I sincerely hope that Springfield and I still have Krusty – alive and well(ish) – to laugh at for a long, long time.

It’s been pointed out to me that Krusty’s father, Rabbi Hyman Krustovsky (originally voiced by Jackie Mason, and later by Dan Castellaneta) also meets the “Death of a character played by an Emmy winner” criteria. Like I said – the show is good with character-death fake-outs…