Adam Yauch: Cool As A Cucumber In A Bowl Of Hot Sauce 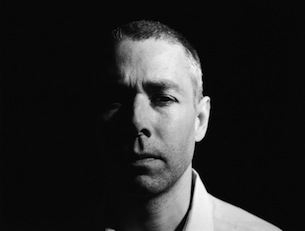 Less than twenty-four hours before the world learned of Beastie Boy Adam “MCA” Yauch’s passing, I was being interviewed by the Washington Post for an article about Jews and hip-hop. The writer Katherine Boyle, previewing the Washington, DC Jewish Music Festival, started the conversation with Matisyahu. I quickly detoured to the Beastie Boys.

I’d like to say it’s a little eerie and somewhat prescient that only a day before we would lose a formidable individual like Yauch I was already celebrating his cultural impact on society, but more importantly, the impact he had on Jewish kids of the 80’s and 90’s, but in reality, it’s neither eerie nor prescient–when you’re a Jewish music journalist, the Beastie Boys come up in conversation just about every other day. MCA, along with “Mike D” Diamond and Adam “Ad Rock” Horovitz, served as our primary examples of coolness, creativity and irreverence while still maintaining an uncompromised Jewish flavor and spirit. They were hard partyers, culture busters, and masters of the middle finger. This may also explain why when I first bought the Beastie Boys’ debut Licensed to Ill, I didn’t understand it. At the young age of eleven years old, I couldn’t yet comprehend rebellion, partying, or the notion of being ill, and the trio’s early career brashness and brattiness were not qualities I wanted to appropriate as my own. Coupled with the fact that these three guys seemed unlike any of the Jews I had encountered firsthand made it exponentially more difficult for me to identify with them and to become the super fan.

Nevertheless, I ordered all the successive albums from Columbia House, because in those days, everyone did, but the Beastie Boys essence only clicked with me after the release of 1992’s Check Your Head. At this point, MCA, Mike D, and Ad Rock were beginning to shed their frat-like misogynistic ways thus developing into genuine role models, which, only then helped me relate to them. Growing up in the deep New Jersey suburbs, attending Jewish day school, and even spending my summers in an all-boys camp, the Beastie Boys had finally become not only the coolest people I knew, but were also socially conscious advocates.

Fast forward to nearly a decade later and I’m walking into the Beastie Boys studio on Lower East Studio to meet with Ad Rock and MCA for a Heeb Magazine cover story. I wish I could remember the small little details of the day like what Yauch had been wearing or the first thing he said to me when I shook his hand or whether we really had an instant rapport or perhaps that was revisionism in play. But in all honesty, those moments are a blur. Not because it’s now eight years later and my memory isn’t what it used to be (although, that probably is also a factor), but because at the time, simply put, I was freaking out. In the inner confines of my mind, the teenage Arye was too preoccupied with high-fiving the modern-day Arye, both of us trying on fake mustaches and re-enacting the “Sabotage” video, busting into spontaneous robotic dance moves just like the Beasties had in “Intergalactic,” for me to truly absorb the moment. I can vaguely recall sitting across from the hip-hop legends, witnessing the banter firsthand, trying my hardest to keep my cool, all the while fantasizing about this interview lasting forever, but our day spent together seems like a haze.

One of the things journalists rarely talk about directly but always somehow allude to in a finished piece, albeit passive aggressively, is how we really feel about the subject of an interview. And more often than not, the people we most anticipate meeting are generally the biggest letdowns. It’s almost factually Newtonian–what goes up always comes down hard. Whether these artists sense our deep-rooted appreciation and react inversely to the scent of uncoolness, or whether the people we worship have allowed our collective worship to inflate the ego to the point of having contempt for everyone, it’s heartbreaking despite it being our job to involve them in conversation. Which makes it exponentially more wonderful when one of your childhood heroes turns out to be completely and utterly approachable.

I can recall one distinct moment that day when Yauch, giving me a tour around the studio, showed off an illustration by his daughter Tenzin, then five-years-old at the time. In retrospect, having recently become a father myself, I understand how utterly human and personal that moment was. There was no weird Jack White-like detachment, nor was there a feigned pretentiousness. This man, known to many as a Boy, showed me around the group’s headquarters, identifying certain notable memorabilia, and regaled me with stories of back in the day, but seemed most proud of the scribbles of his little girl. Granted, my teenage self cringed that MCA had somehow become a dad with graying facial stubble, but the modern-day me took great pride in knowing that it was possible to not outgrow a hero. And in some instances he can even grow right alongside you and stand an example for as long as he walks the Earth.