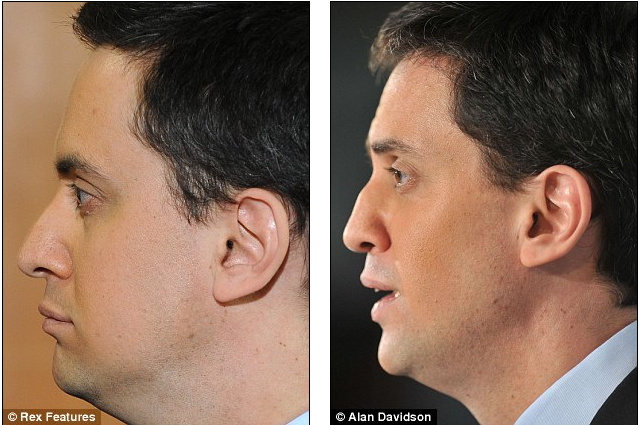 Everybody loves a good fairytale. Boy meets Girl, Girl gets nose job, Boy decides Girl is attractive enough to keep around. In this case, the part of Boy is played by the British public, and it’s Labour Party leader Ed Miliband filling the role of the recently surgery-ed. Miliband claims the surgery was to fix a deviated septum. Yeah, anybody who’s ever been to Great Neck has heard that excuse more than once. Forget about Tay-Sachs; genetecists need to start investigating the link between Ashkenazim and deviated septa.

While this surgery isn’t doing much to help the public see Miliband as less “weird,” at least it couldn’t possibly hurt his lower-than-ever ratings. Perhaps it will even have the opposite effect. Because hey, who among us hasn’t been or doesn’t know someone who has been the victim of botched nose job surgery? (I’m looking at you, Sarah Michelle Gellar.) This totally makes him relatable, in that jappy-girl-next-door kind of way.

The lesson we can all learn from Miliband is that these sorts of image changes are best done at the very beginning of one’s career. Miliband might be dreaming of becoming the next Disraeli, but at this point, he’s more likely just to end up as the British Jennifer Grey.