Ray Donovan is the Most Important Jewish Show on Television Today 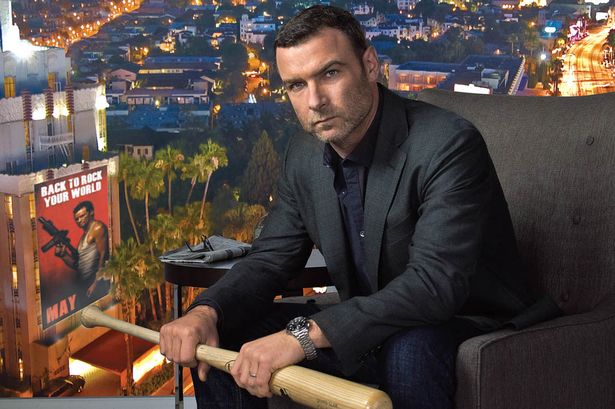 Mickey Donovan (Jon Voight) is kicking back with a script in a upscale Hollywood spa during the first season of Showtime’s Ray Donovan when he spots Linda (Roseanna Arquette) and begins flirting with a strange mixture of attraction and revulsion: “You a Jew?” he asks her; “Mazel Tov.”

Ray Donovan, now in its second season, has a hokey premise: An entire family from Irish-Catholic, South Boston—three brothers, their father, and one of their wives have relocated to Los Angeles where the titular character can become a Hollywood “fixer” for a powerful Hollywood law firm. For Ray (Liev Schreiber), that means cleaning up messes (e.g., a mainstream action hero getting caught in bed with a transsexual prostitute or a pro basketball player waking up with a dead girl in his bed). Meanwhile, the brothers do what any Southies would do in La-La land—they open a boxing gym, where they hang out, try to come to terms with the demons of their past, and presumably, wait for Mark Wahlberg to cast them as extras in his next film. The clam chowdah-out-of-water story has been frequently compared to The Sopranos—mostly because of the paradox at the heart of its central character. Like Tony, Ray is a “strong silent type” with a violent streak, the latter of which stemming from never coming to terms with parental issues. While critics have been nowhere near as positive about Ray as they were its 21-Emmy award winning predecessor, the Showtime drama is a fascinating dive into the contemporary family, has an oft-kilter, comic tone that at its best will rival that of The Sopranos, and—however inadvertent—contains the most fascinating conversation about Jewish culture on television today. 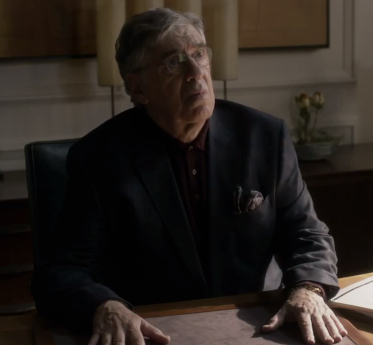 The J.Q. (“Jew Quotient”) of Ray Donovan is insane. First there is Ezra Goodman (Elliot Gould), a partner in the law firm that employs Ray who is in grief over his late wife, Ruth, and attempting to reckon with the misdeeds of his past. After forging a career undermining Jewish tropes Gould now seems deigned to pay homage to them. In American History X he plays Murray, whose Semitic signifiers sound a battle hymn to skinhead Derek Vinyard (Edward Norton). In the Ocean’s trilogy he is Reuben Tishkoff, the financier of Danny Ocean’s caper who leaves his 60s-era shirt unbuttoned so a gaudy Star of David can be seen nestling in his chest hair. No one can whine, worry, or wax Yiddish like Gould in Hollywood today. His Goodman fundraises for a hospital he plans to dedicate to Ruth, mistakes Mickey for a Golem, and tries to convince Ray of the merits of tikkun olam.

Then there is Donovan’s Israeli henchman, Avi (Steven Bauer). Bauer played Tony Montana’s second in command in Scarface and was most recently as a Mexican drug lord in Breaking Bad. Generally, when he shows up, a turf war ensues. His Avi is former member of Mossad whose heart was hardened, we learn, while imprisoned years earlier in Lebanon. He is a master of krav maga who will kill without a pang of conscience (even though he routinely spends Shabbat with his mother). While Goodman consults with the Torah before engaging in nefarious activities, Avi consults only with his instinct to survive. Together, Ezra and Avi wage an improbable Jewish war over Ray’s soul with Ezra tapping Ray’s moral conscience and Avi, his will to survive. 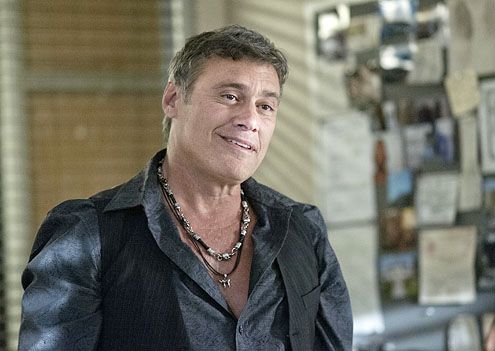 There are other characters that should immediately trigger your jewdar (unctuous Hollywood producer Stu Feldman, yenta neighbor Judy Hoffman, and judging marriage counselor Dr. Finkel), but perhaps the most interesting “Jewish” character on the show might be Ray himself. Despite being part of the Catholic Donovan clan, is there really any possible way to separate Ray from Liev Schreiber’s Jewish iconhood? Forget about video of Schreiber and his family planting trees in Israel with the Jewish National Fund, or his insistence that a mohel perform the bris of his two boys, that he grew up on the Lower East Side and that he still goes back to stand on line at Russ & Daughters, that he finagled a directorial credit in order to explore the spiritual repercussions of the Holocaust. Forget the fact that he never changed his name to Lee Shriver. Let’s not read too much into what we know about Schreiber’s off the screen identity.

Instead, think about the Jewish roles that have helped build the 46-year old actor’s stardom: a vengeful WWII Jewish freedom fighter in Defiance, or as former boxer inside a Polish ghetto in Jakob the Liar, or as a neighborhood patrolman in Williamsburg in Fading Gigolo. When Ray Donovan brandishes a baseball bat as his weapon of choice is it even possible for Tarantino’s “Bear Jew” not to spring to mind? Caught between the sanctimonious universalism of Ezra (last name = Good man) and the unquestioning tribalism of Avi (short for Abraham), whether intended or not, Schreiber’s Ray occupies a nether region that so many American Jews find themselves today. Is Judaism a moral responsibility or a call to peoplehood? Ray may be a victim of crimes of the Catholic Church, but his inner tumult resonates with unmistakable Jewish significance. 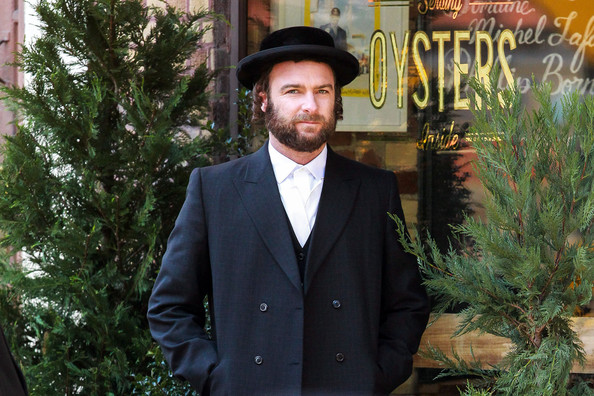