Putting the “Goy” in “Goylem” 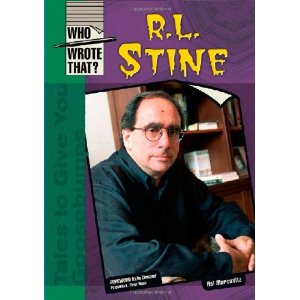 It is one of the perils and pleasures of parenthood that one gets exposed to all kinds of kids’ programming that one would never normally see.  Sometimes, you hit the jackpot, like Disney XD’s amazingly clever Mr. Young, which is one of Jewdar’s favorite tv shows.    Sometimes….  But good or bad, Jewdar certainly doesn’t expect to be treated to the kind of raw, unmitigated antisemitism that we experienced Saturday night–on the first night of Hanukkah, no less.  And what made it worse is that the program, R.L Stine’s The Haunting Hour has a Jewish creator (and his name is even in the title.)

Now, Jewdar doesn’t toss words like “antisemitism” around lightly, so when we use it, we mean it.  In this case, the offender was a two part episode entitled “The Golem.”  Long story short, an old lady is dying, and she recounts to her grandson what happened during the war.  We then proceed to see a flashback in which she and her neighbors, facing imminent attack from the Germans, make a golem who saves them.  So what’s the problem?  The problem is that she and her neighbors aren’t Jews, they are apparently Russian peasants.  The man who tells them how to make the golem isn’t a rabbi, it’s “a professor” learned in ancient knowledge, and the words they use to bring the golem to life aren’t Hebrew, they are Russian.

Now look, Jewdar understands that sometimes writers need to take some liberties with their material.  But there are some things that are pretty sacrosanct.  The Mummy is not Swedish.  Dracula is not a Cockney.  And the Golem is not a a goy.  And sure, RL Stine didn’t write the episode, and we don’t know what role he plays in the final shape each episode takes, but this is the kind of obscenity that somebody needs to take responsibility for.

RL, you got some ‘splaining to do.