What could possibly make the experience of using a hook-up app even worse? How about the infusion of nothing less than the Israeli/Palestinian conflict into the already-awful world of online dating. Enter Palestinder, a new tumblr filled awkward encounters with Israeli swipe-right’ers from across the Green Line.

Here’s how the anonymous brains behind Palestinder explain their project:

Does love conquer all? During a summer working in the West Bank a few 20-somethings decided to create a little social experiment: How will the Israeli occupation of Palestine be reflected in dating apps? We joined Tinder/Grindr, both of which were primarily populated by Israelis… Below are some of our many conversations

(NOTE: I’m guessing “primarily populated by Israelis” specifically means “within an X mile radius from their location” and not, you know, just in general.) 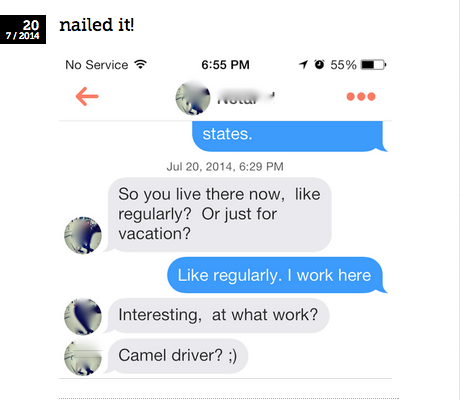 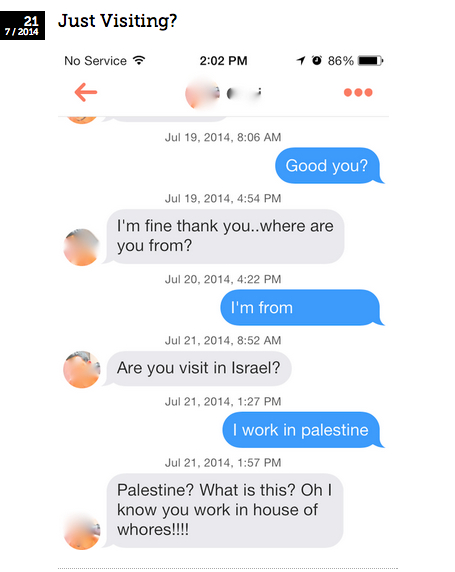 Some users are concerned about safety issues: 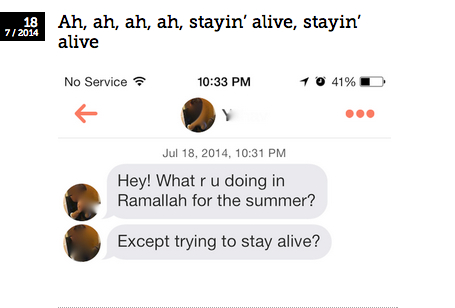 Even if it means missing out on a potential booty call: 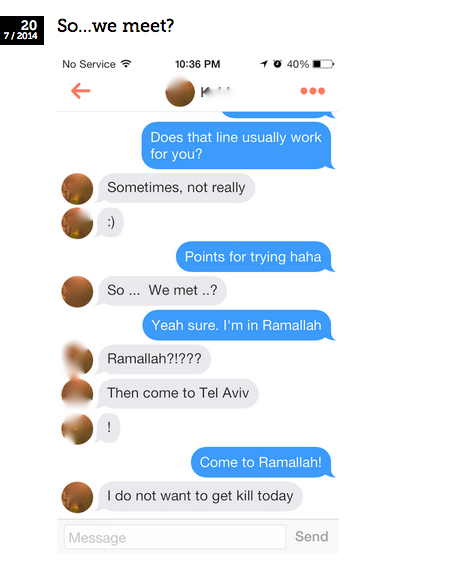 And some people…well, they’ve just got one thing on their mind: 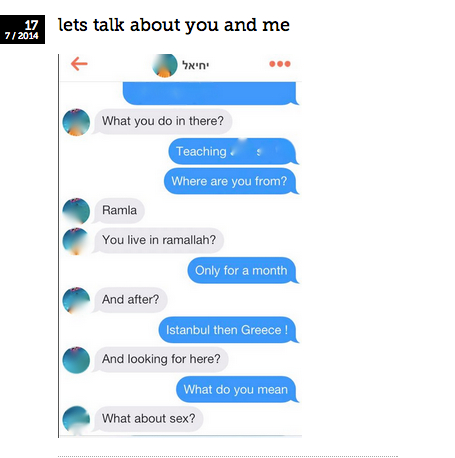 Can it be funny as hell, anyways? Absolutely.