When Bedford+Bowery broke the story of a reboot of Woody Allen’s seminal romcom Annie Hall earlier this month — one created and helmed by JD Oxblood, a non-Jewish WIlliamsburg-based novelist, actor, and prominent critic in the burlesque community — we were more than a little skeptical. Despite the uneven quality of Allen’s films over the past decade or so, Annie Hall is not only an obvious classic of the genre, but a cultural document of the Jewish zeitgeist in 1970’s New York. Luckily, #AnnieHall — which Oxlood hopes to one day expand into a full feature film — manages to find a balance between tribute and update, catapulting it into the 21st century as a love letter to Brooklyn while retaining the integrity of the original. Our J.E. Reich sat down to speak with the director, writer, and co-star of #AnnieHall; here is what ensued. 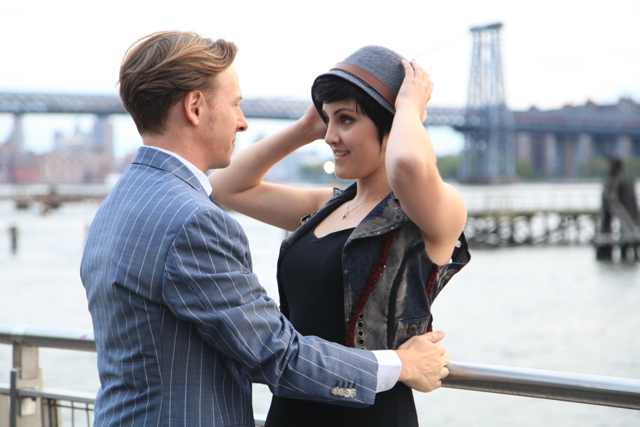 What was the impetus for #AnnieHall?

It started out pretty innocuously. My wife and I went to see a screening of Annie Hall at Film Forum. I’ve seen [the movie] many times, but this was the first time I had seen it on a large screen with an audience, and the audience was completely mixed — all ages. You always laugh more at a comedy when you’re surrounded by other people, and I was just struck by how funny it still is. While I was watching the movie, I was struck with this idea: what if you updated the jokes? And that sort of lead to everything else.

I noticed that you switch the identities of the characters, for instance, Annie is now Minnie Wohl, a nice yeshiva girl from Forest Hills. The character of Annie in the original Annie Hall is such an embodiment of the quintessential WASP, and Woody Allen’s role, Alvy Singer, is such a quintessential Jewish icon. What gave you the idea to mix it up? 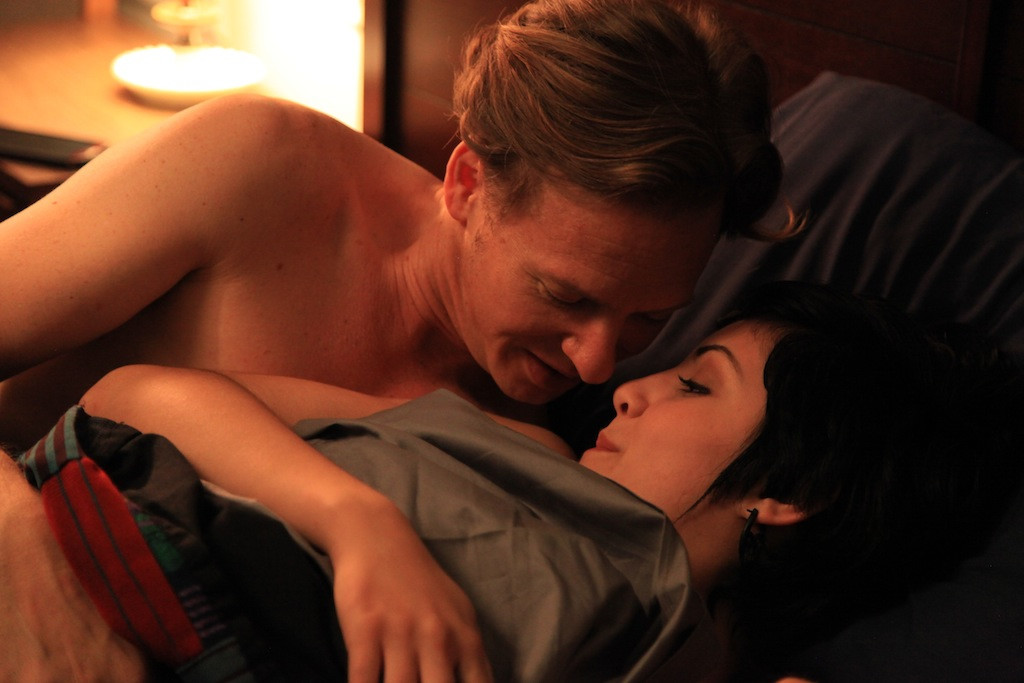 The overall picture was always an examination of what to homage and what to burlesque. I came upon that idea pretty early on of switching the roles, because I felt that this idea of a secular male New York Jew was such a trope — it’s been done. Woody Allen, Larry David, Jerry Seinfeld…people all over the country who have never even met a Jewish person know what this stereotype is. What I haven’t seen so much in movies is this other idea. It also had a real, obvious in, because my wife is from Holliswood, the daughter of Israeli immigrants, she speaks fluent Hebrew, she is a nice yeshiva girl, and her Jewish experience as a native New Yorker is very different from what I’ve seen represented in film. I thought: “Here is a great opportunity to tap into that.” As a counterpoint, I made the male character an Irish Catholic from the Midwest, none of which describes me. [Laughs.]

How did you pick and choose which scenes to subvert or invert? Or just make your own?

It was really just a case-by-case basis. The fun part of the project was going through Allen and [Marshall] Brickman’s script, thinking about how to update it and how to bring it forward, and what to honor and what to turn on its head. There’s this whole “move to Hollywood” thing in [Allen’s] film which to me was an obvious to make it about Palo Alto and to bring the Internet Age into reality. Other choices were a little more obscure.

How did you make your idea for #Annie Hall into a reality?

Making movies is really hard! [Laughs.] Once I had the finished script, I started talking to people about it. I approached my friend Steve Loff, who I had worked with on another film called Home, which is the film debut by the critic Matt Zoller Seitz — this was around ten years ago. Steve was interested in the project, and once he came on board as co-producer, everything rolled from there. He was really instrumental in finding a crew and bringing in the technical people, and I tackled most of the casting. We decided pretty quickly that we weren’t going to have the funds to shoot a feature, so we reacclimated our focus to shooting a short presented as a concept to raise the funds to shoot the feature.

What went into the casting?

The real challenge was casting Minnie. I really wanted to cast a Jewish woman in that role. We looked at a lot of women — probably over seventy women which we saw in person, not including the other headshots that came through. I actually offered the role to three different people who turned it down for various reasons. Ultimately, we found Charly [Bivona], who we really thought had it, had the strength to carry the film, had an interesting look, and could pass as authentically Jewish. Unfortunately, she’s Italian. [Laughs.] So basically we have two Italians in this movie, one playing an Irish Catholic and one playing a mixed Sephardic Ashkenazi Jew.

It’s so unique to have a mixed Ashkenazi-Sephardic representation on screen; usually Sephardic Jews are overlooked when it comes to their cultural narrative.

That’s true. As I said, that is my wife’s background, and it was a real eye-opener for me when I went to Israel and met that side of her family. I pulled from that while writing. This sort of family Rosh Hashanah dinner scene in the feature script — the idea of just so many people talking on top of each other, being that excitable.

How big of an influence is Woody Allen to you?

I’m actually not a huge Woody Allen fan! I really like Annie Hall — I think it’s just a classic in the romantic comedy genre, specifically because it upends the idea of what a romantic comedy even is. It doesn’t have a happy ending. When [#Annie Hall] came out last week, my friend Bastard Keith, who is a Jewish burlesque host and actor, told me that he likes the film, but that acting, writing, and directing in a reboot of Annie Hall was — quote unquote — a total death wish. 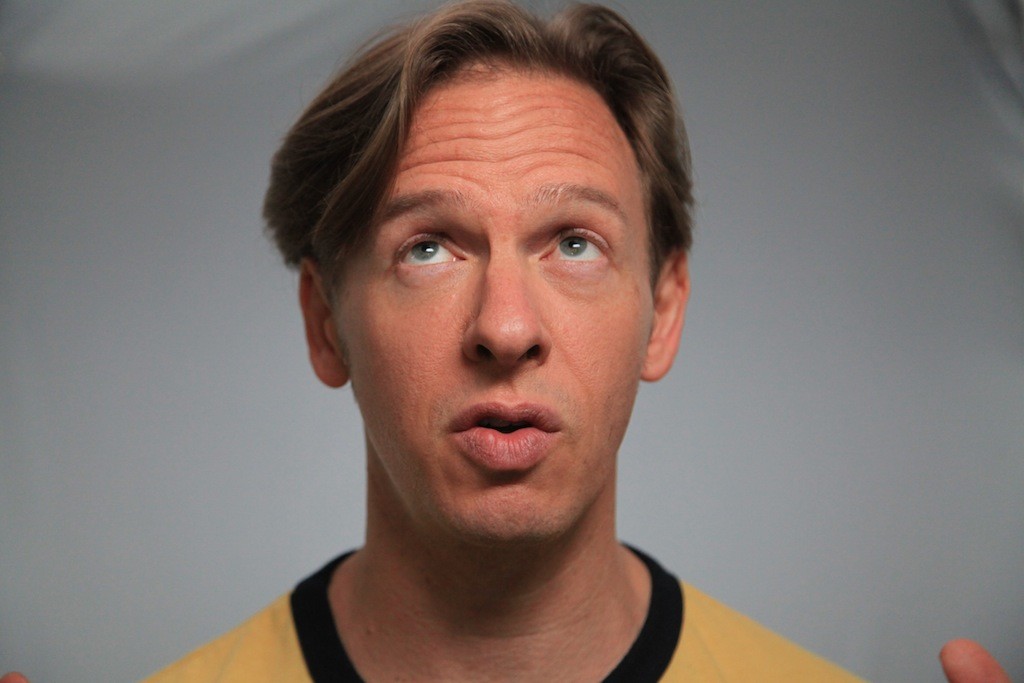