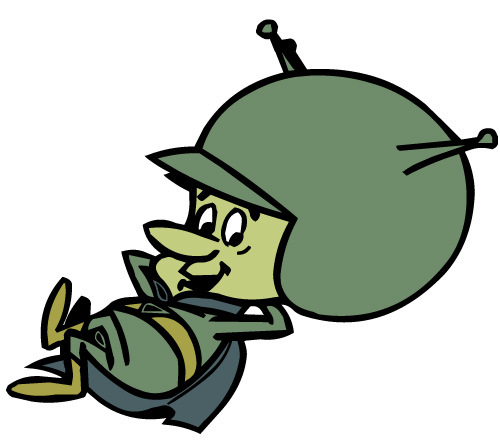 In the year or so since being named pontiff, Pope Francis’ progressive liberal agenda for the Catholic Church has been one of, if not the, major religious moments of the 21st century. Focusing his papacy on the needs of the poor while reforming an institution badly damaged by horrific instances of sexual abuse, Francis has managed to do what some observers believed at first to be impossible – energize his global community with a renewed sense of holy purpose in the new millennium. He believes in helping the poor, serving the disenfranchised, and has gone on record saying “who am I to judge?” if someone is gay.

He’s surprisingly cool with Aliens, too.

In his daily mass this past Monday, Pope Francis is reported to have said:

If tomorrow, for example, an expedition of Martians arrives and some of them come to us … and if one of them says: ‘Me, I want to be baptised!’, what would happen?

He expanded, saying the Church cannot close its doors to anyone, even if they are “green men, with a long nose and big ears, like children draw”

Well, Jews. The ball is clearly in our court. Are we to just sit back and let the Church lead the way when it comes to extraterrestrial religious rights? Will we let our Judeo-Martian brethren languish, spiritually unfulfilled, while their Catholic co-planetists enjoy the welcoming embrace of Francis’ alien-loving dogma?

It’s long past time that we terran-yiddin throw open the synagogue doors and encourage our little green cousins to bring their extra-terrestrial membership dues down to planet Earth.