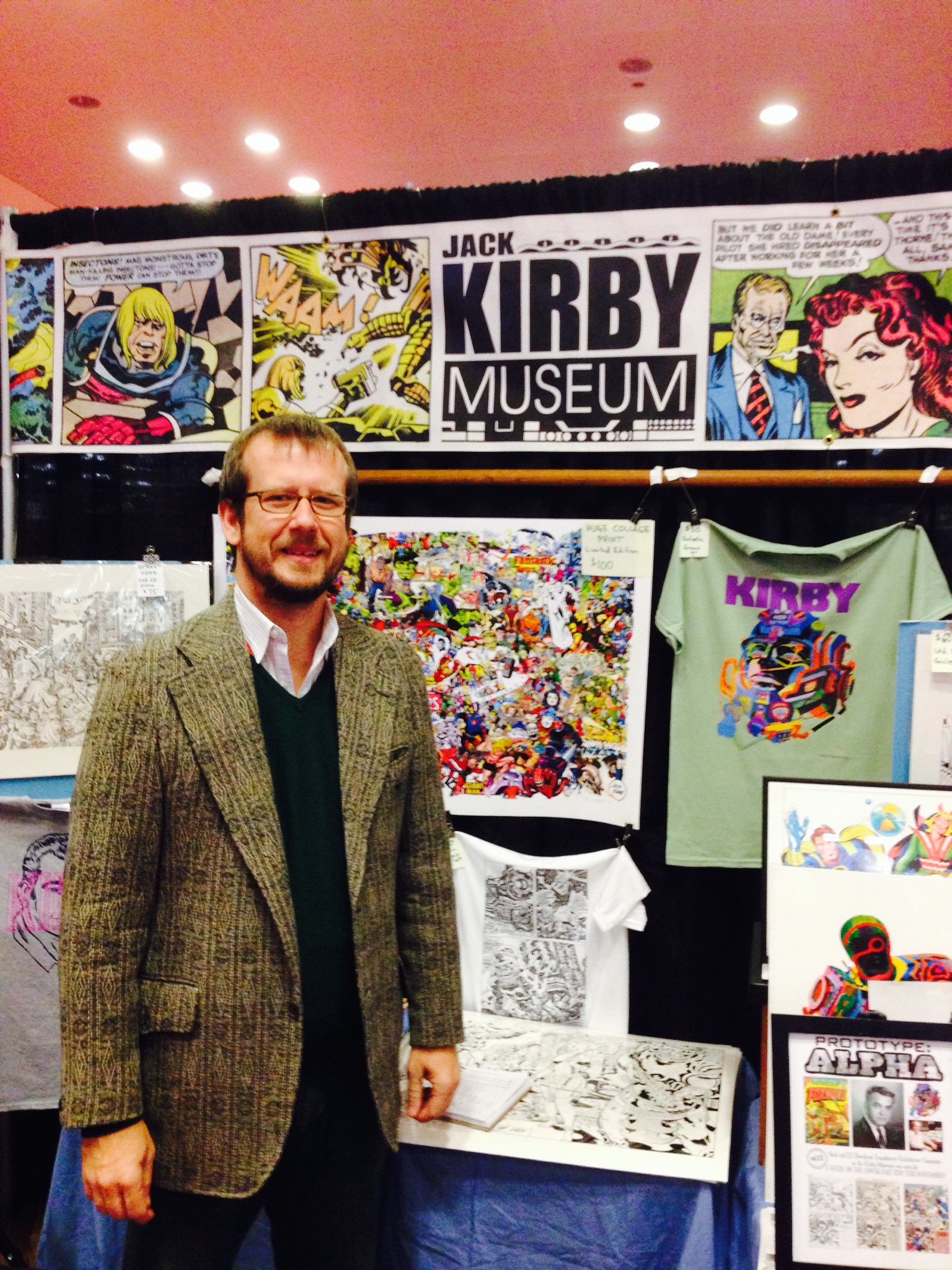 Jewdar loves going to New York Comic Con — First of all, it’s just wonderful being in a place where so many people are happy and excited (even at a major sporting event, you have to figure at least some of the people are rooting for the team that loses). Secondly, there are the half-price trade paperbacks (Scalped, Cerebus and Justice League, to name a few).  Finally, there’s just all the surprising and interesting things that one learns–such as the fact that not only is there a Jack Kirby Museum and Research Center, but that they are trying to raise money to open up a “brick and mortar” pop-up museum on the Lower East Side, former stomping ground of Kirby himself.

For those not in the know, Jack Kirby (born Jacob Kurtzberg) was one of the true giants of the comic book industry; In a career that started in the 1930’s and spanned over five decades, Kirby was involved in the creation or shaping of some of the most important characters in the field, including Captain America, the Fantastic Four, the Hulk and the X-Men.  Coming a week after the Nobel prizes were announced, it’s easy for a Jew to exaggerate the impact we’ve had on the world. The career of a guy like Kirby reminds us that sometimes, that kvelling isn’t just hyperbole, and if you’ve got a few shekels to spare, you could do worse than to helping open a Jack Kirby Museum down by Yancey–we mean “Delancey”–Street.

According to museum muckety-muck Rand Hoppe (pictured above, at the Con), they have a couple of fundraising coals in the fire, including a Kickstarter campaign (just a few days and a few thousand simoleans to go):