Have A Very Kinky Birthday, Friedman! 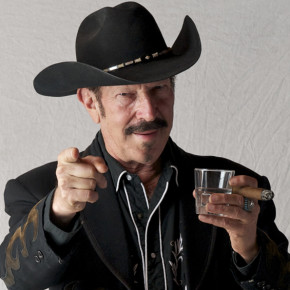 At 68, the perpetually cigar-munching Friedman has more than earned the right to kick back and enjoy the sort of retirement a country-western legend like him deserves – not that he’d want to; He’s far too busy getting shit done: A bestselling author, olive oil entrepreneur, animal advocate and serial-seeeker-of-public-office, Kinky is a Texas whirlwind of activity that would exhaust most marathoners half his age. Just this month, the singer announced he’s running as the Democratic candidate for Texas Ag. Commissioner on a platform of legalizing marijuana, promoting hemp farming, and investing in serious water harvesting and desalination efforts. After having gotten used to hearing ridiculous dreck spew from the mouths of Lone Star State politicians like Senator Ted Cruz and Attorney General Greg “Democrats are more dangerous than North Korea” Abbott, it’s nice to know there’re still Texans like the Kinkster.

So, happy birthday Kinky Friedman, you Texas Jewboy, you asshole from El Paso, you. Here’s one of your classics and my favorites to celebrate this auspicious occasion.

They may not be making Jews like Jesus anymore, but at least they’re making ’em like Kinky. Thank god.