Jewish Literature Can Be – SHOULD Be – Kids Stuff 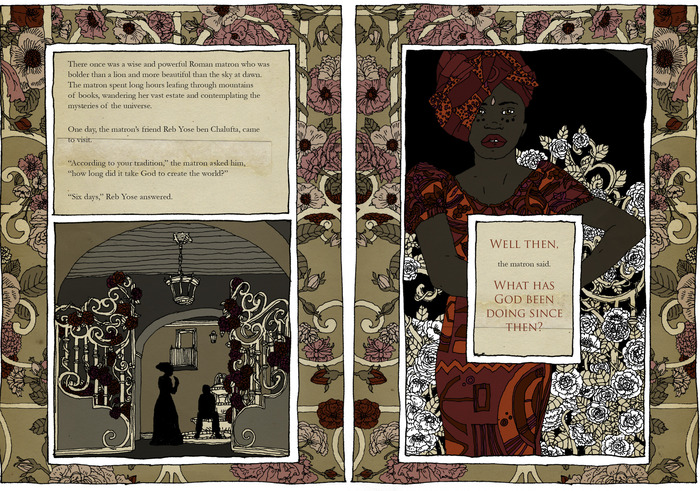 Jews are justifiably known as the People of the Book, but when it comes to specifically Jewish children’s books, much of the stuff out there, quite frankly, sucks butt.  They tend to treacly concoctions in which poorly drawn characters (often looking suspiciously blond haired and snub-nosed) learn rudimentary lessons about Chanukah or the Cholo–sorry, Holocaust, or they are “Jewish” because instead of learning to count by enumerating little piggies, you enumerate gefilte fish.  Oh, and don’t forget to throw in some funny-sounding Yiddish words.  Hilarious!

What’s particularly annoying about this is that the Jews have a rich folklore that can easily fill volumes in the same vein as the innumerable works on Norse or Chinese or Native American (etc. etc. etc.) mythologies that abound. Thus, Jewdar is pleased to announce a new Kickstarter campaign to fund a book–entitled Legends of the Talmud— that seeks to introduce a generation of readers young and old to (a bit predictable at this point) legends of the Talmud.  What Jewdar likes is that the people involved including ultraorthod-ex (a terms which has appeared for the first time here) authoress Leah Vincent-– in the project actually seem to know something about this Talmud of which they speak.  We can’t attest to the quality of the finished product (as the images currently available suggest, the stories seem “recast” in more modern times, and, apparently, without consideration for the likely appearance of actual Romans), but we hope for the best, and are certainly interested in seeing where it goes.