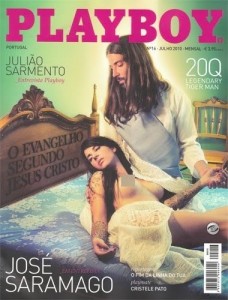 That’s right, folks. Playboy Portugal has put none other than the big J.C. on its cover as well as within its pages.

Not only is it awesome to see Jesucristo look on in divine pleasure at some nice titties, but the whole thing is a literary reference, a wonderfully crafted tribute to the late José Saramago, who died last month and was the only Portuguese author to win the Nobel prize for literature.

One of his most famous novels, called The Gospel According to Jesus Christ, showed Jesus as a real man, flawed and human like the rest of us. Apparently, Playboy decided to take this idea and run with it to honor a great national hero and writer. So. Awesome. Let’s just pray that the spread doesn’t send any Americans into a tizzy of self-righteous sexual repression. 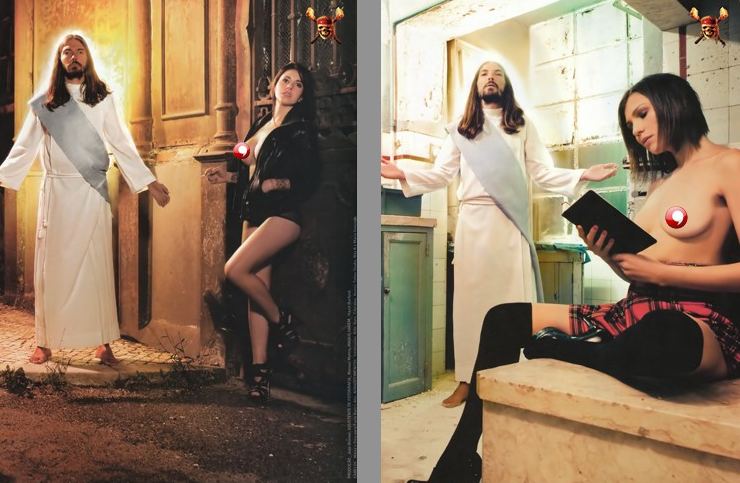