I ran into the comedian Jeffrey Ross at a dinner for the Creative Coalition in D.C. at the restaurant Teatro Goldoni where he speculated that the Lincoln Bible was way holier than the Torah. Ross was there along with Susan Sarandon, Tim Robbins, Spike Lee, John Kerry, Kerry Washington, Josh Lucas, Billy Baldwin, Matthew Modine, Star Jones and Marisa Tomei among other notable celebrities. Here’s a little aside with the funnyman.

I wouldn’t have taken you for a political dude.

I’m decidedly apolitical. Comedians piss off both sides. I’m here because the Creative Coalition protects people who like to talk smack like me. It’s the right to free speech, the right to make fun of our leaders. I think it’s so cool that I can be protected to say crazy shit like I do. Normally I don’t admit who I vote for but with this guy it’s just too overhwelming. I have to root for the guy. I can’t help it. If I meet him I am going to offer to install a basketbal court in the White House. 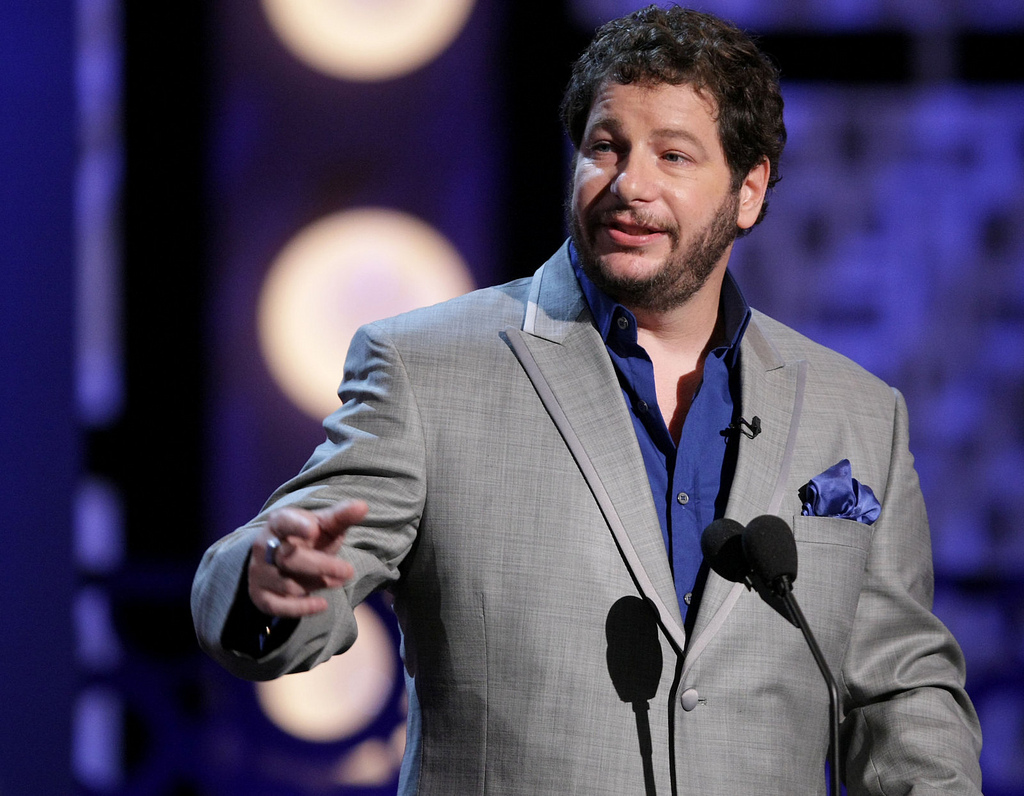 You’re a Jew who knows how to install things like basketball courts?

Well, sure. Well, no. But I’ll get it done. I mean Nixon had a bowling alley and Clinton put a golf putting green, so Obama needs the audacity of hoops. It would be huge. The greatest thing ever.

You’re like Rahm Emanuel with all the getting it done business.

I think this administration is bringing a Horatio Alger attitude that my grandfather spoke about, this “you can do it” attitude that’s self-generating. I like the spirit of today, the idea of service.

Do you feel inspired to have a future in politics now?

I think Al Franken made it all very sophisticated. He gave all comedians a little more, if not a lot more, credibility. I would probably have to start with running for office at the Friar’s Club first and see how that goes. I could be the Mayor of Roasting. I am already a Roastmaster General. And the first thing I’d do is put a baskeball court in the Friar’s Club.

How good are your swearing-in tickets?

Honestly, I spent all my money on Senate seats so I couldn’t afford any tickets to Inaugrational balls. I bought three Senate seats. They’re all in Illinois.

On a serious note, how are you going to survive out in the cold and with the port-a-john shortage?

Oh, I’m going out there in full force. I wear a bag at events like this. Much like some of the members of Congress, I am wearing a diaper tomorrow just so I don’t have to miss a single moment of it. You don’t want to miss anything. What if he drops the Lincoln Bible? What if Bush says something insane? What if Barack will accidentally say a dirty word? Anything is possible.

I would have to go with the Lincoln Bible on that one, because Jews are used to being persecuted. The Lincoln Bible dropping doesn’t play well. That would be a rough start.