Was Jack The Ripper A (Not-So) Nice Jewish Boy From Poland?

The century-old mystery surrounding one of history’s most notorious serial killers has been solved! 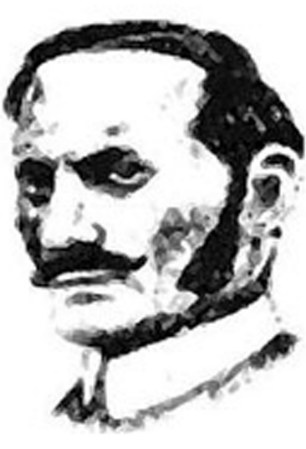 Aaron Kosminski, via The Daily Mail

At least, that’s the attention-grabbing claim being made by forensic expert Jari Louhelainen and businessman Russell Edwards in their two-part “Jack The Ripper Unmasked” exposé over at The Daily Mail. There, the two argue that the infamous London murderer was none other than Aaron Kosminski, a Polish Jew who, along with his family, had escaped the vicious pogroms of Eastern Europe by fleeing to England.

According to Edwards and Louhelainen, proof of Kosminski’s guilt was discovered in a shawl found next to Ripper victim Catherine Eddowes, which Edwards purchased had purchased at auction. That shawl, says Edwards, contained the blood and other identifiably genetic material of both Eddowes, and her killer – Aaron Kosminsky. Louhelainen, whose byline lists him as “senior lecturer in molecular biology at Liverpool John Moores University and an expert in historic cold-case forensic research” tested the genetic material extracted from the shawl, comparing it to samples from descendants of both Eddowes and Kosminsky’s sister to identify a positive match. He is, he writes:

‘satisfied that we have established, as far as we possibly can, that Aaron Kosminski is the culprit.’

Kosminsky, a hairdresser, had long been on the short-list of Jack The Ripper candidates, but had never been arrested for the horrific series of prostitute murders attributed to The Ripper, due to lack of evidence. Writes Edwards:

McCormack said police did not have enough evidence to convict Kosminski, despite identification by a witness, but kept him under 24-hour surveillance until he was committed to mental asylums for the rest of his life.

Kosminski was 23 when the murders took place, and living with his two brothers and a sister in Greenfield Street, just 200 yards from where the third victim, Elizabeth Stride, was killed.

Both circumstantial and forensic evidence seems to be on Edwards and Louhelainen’s side here, but io9‘s Robbie Gonzalez cautions against declaring the mystery of Jack the Ripper a closed case just yet. Gonzalez points out that:

1) Edwards is in the midst of promoting his upcoming book Naming Jack The Ripper, which hits stands Tuesday.

2) The damning DNA evidence comes from “a 126-year-old, unwashed, blood-and-semen-soiled shawl said to have been recovered from the scene of one of Jack the Ripper’s murders, though the shawl’s actual provenance remains far from certain“

3) A major scientifically-backed claim like this would ordinarily be published in a peer-reviewed academic journal, not in the pages of The Daily News.

So, okay, that throws something a wet towel (or, at least a damp shawl)(ew) on the exciting claim. Still, after a summer in which anti-Semitism in the UK was found to be at a record high, is it such a bad thing that I don’t get super-duper-psyched when I see the words “Jewish” and “infamous British serial killer” so close together?

For now, at least, the Kosminski claim is just that – a claim. But while you’re waiting for for some independent verification, why don’t you go ahead and crank ol’ Link up to 11:

[via The Daily Mail]