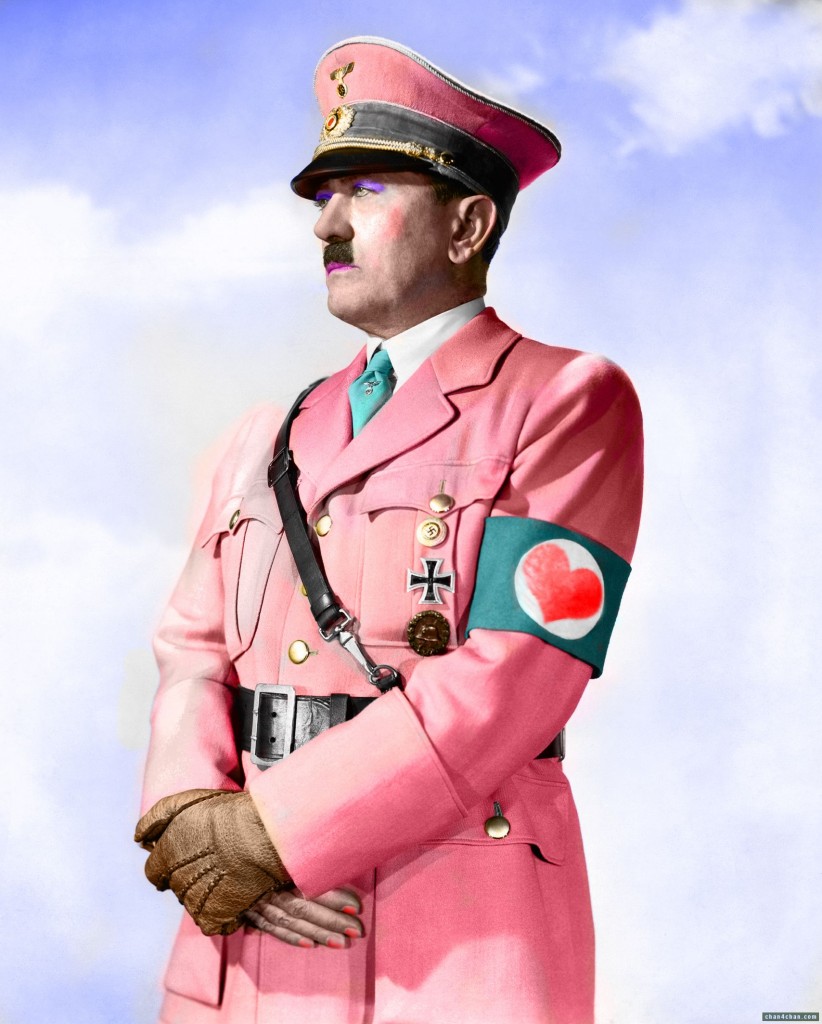 A recent advertising campaign for a new clothing line stars none other than der Fuhrer. Palermo, Sicily is now littered with gigantic posters of the Nazi leader rocking a pink uniform with a red heart replacing the infamous armband swastika. Their slogan: “Change Your Style — Don’t Follow Your Leader.”

Many locals are not amused, claiming the posters are offensive and should immediately be taken down. City Councillor Rosario Filoramo says, “the use of an image of a person responsible for the worst chapters of the last century is offensive to our country’s constitutional principles and to the sensitivities of citizens.”

Politics aside, Hitler looks kind of cute in his new pink getup. The color really brings out his olive skin tone and that belted waist creating a “slimming effect.” The red heart detail on the sleeve adds a feminine flare to his seductively broad shoulders. It’s those small details that really bring an outfit together. In any case, the citizens of Palermo better get used to this new “dictator dress-up game.” Apparently, there are plans for another makeover with Mao Tse Tung. We picture him in a little mini-dress. It might make him look taller. 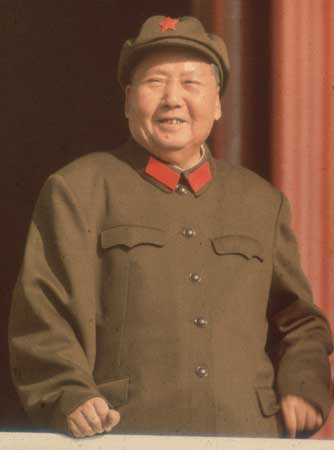 A high-waisted belt and some bright lipstick would also help him look both thinner and younger.