It’s nice to see that, despite the occasionally …er… “less-than-enthusiastic” relations between the Prime Minister Netanyahu’s government and President Obama, not all Israelis are quite so skeptical of the President’s commitment to the Jewish people. As Israel readies itself for President Obama’s upcoming visit, these signs (in both English and Hebrew) have begun popping up around Jerusalem’s ultra-Orthodox Mea Shearim neighborhood. 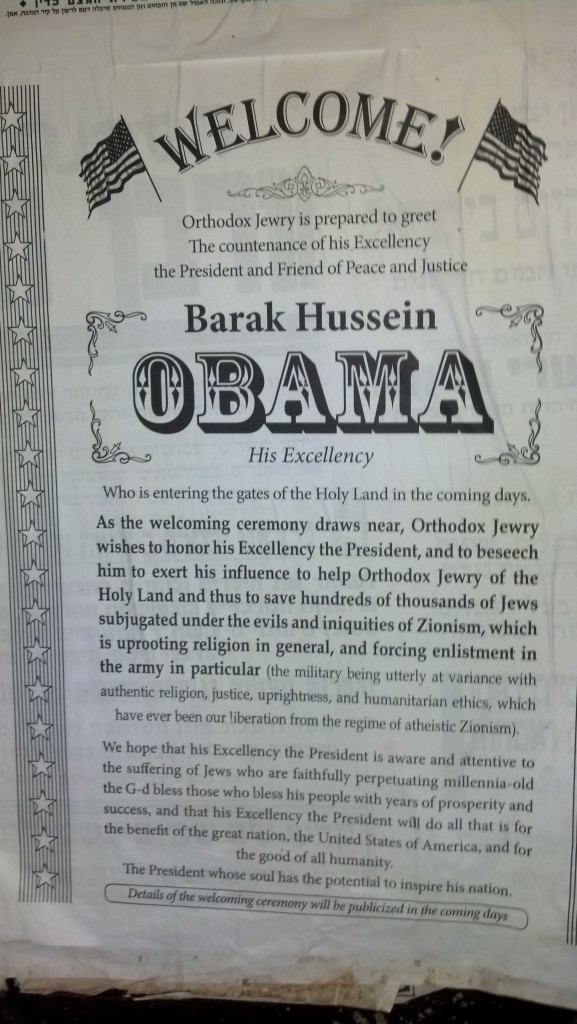 While this is the President’s first trip to Israel after taking office, with a warm welcome like this it’s hard to imagine it’ll be his last.