“I’ll Be Your Mirror” — Reflections on Lou Reed 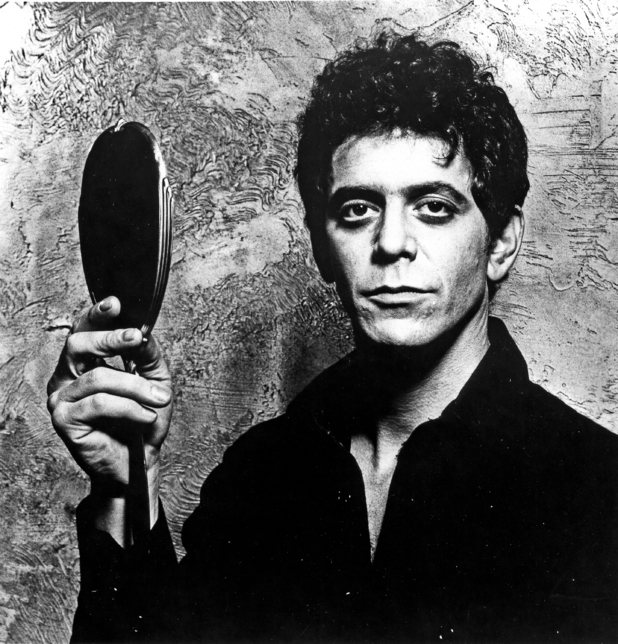 If you’re reading this, you probably already know that Lou Reed died. So, I’m not going to write a newspaper obituary. This is the internet; you can find better ones on your own, and learn all about why The Velvet Underground was such an important band and all that. I’m also not going to write one of those “Hey, Lou Reed kicked ass and Lou Reed was Jewish, so see?  Judaism can kick ass too” kinds of pieces, nahmean?  Let’s not stretch the Jewish thing, but take him at his word: “My God is rock’n’roll. It’s an obscure power that can change your life. The most important part of my religion is to play guitar.”

But I’m Jewish and Jewy and I do want to reflect about why I think Lou Reed’s artistry is so vital, how it reaches me, through my prisms, or as the case may be, mirrors.

“I’ll be your mirror

Reflect what you are, in case you don’t know

I’ll be the wind, the rain and the sunset

More than anything else, Lou Reed was our mirror, reflecting what we are, in case we didn’t know.

We are terrified of freedom, but deny it. Shaking off the effects of sterile Long Island and forced, adolescent, electro-convulsive “therapy” to “cure” him of his bisexuality (it didn’t work), Lou Reed grabbed a rock and roll public by the collar, spit in its face, made it stop averting its eye from anyone fearful, and look hard at what liberation really looks like.

“Jenny said when she was just about five years old,

‘You know my parents are gonna be the death of us all.’

Well you know it ain’t gonna help me at all.

Not just a little tiny bit.

Then one fine mornin’ she turns on a New York station:

She doesn’t believe what she hears at all.

Ooh, She started dancin’ to that fine fine music –

You know her life is saved by rock ‘n’ roll,

Despite all the computations

You could just dance to that rock ‘n’ roll station.

Yes, Lou Reed was our mirror, reflecting what we are, in case we didn’t know. Turns out, that it’s not always so pretty or clean.  We lust, we rage, we fear, we make others fear, we love people we’re not supposed to love. We are frozen in the hypnotizing “supposed to” spells of sweet-talking Pharaohs. The Velvet Underground’s 1967 debut album addressed heroine use, sado-masochism, death, violence and 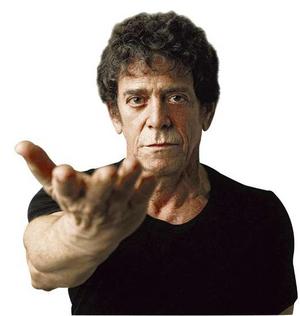 prostitution, and underworld characters who lived outside of the boundaries of society.  Actually, it didn’t address them. It dramatized them, locating them firmly within our gaze.  Rock and roll didn’t touch this stuff before the Velvets. No Woodstock messianic utopia; this was pulsating, dangerous, deranged, unhinged real life. Yeah, rock n’ roll.

You want to tell a story of “Lou Reed the Jew”? How about this? The basic Jewish story that we always come back to, at least with our lip-service, is that God liberated us from stifling slavery.  Lou Reed kept going while the rest of us kept looking back over our shoulders to see if Pharaoh would make nice and give us better scraps. “I am YHWH your God, Who brings you up out of the land of Egypt; Open your mouth wide, and I will fill it” (Psalm 81:11)  Rav Kook, noticing the present tense of the verb — “brings”, not “brought” — and the charge for us to open our mouths wrote: “Bringing up, like all divine activities, is not bounded in time by its Actor….The bringing up from Egypt…was never interrupted…it’s always in action, activating all life that connects to it upward, with no upward boundary, no limit to the heights of its aspiration.  It can be prevented only by the resistance of the soul, who sets narrow boundaries to what it seeks…That’s why ‘Open wide’ what you seek, transcend boundaries, arise above smallness. ‘Open your mouth and I will fill it’” (Olat ReAyah, p. 219-20).

Open your freaking mouths, already! Look around you. This fear of obstacles, the fear of the unfamiliar — and everything in freedom is unfamiliar — hold us back, tell us to wait for another Pharaoh to come tell us what we’re supposed to do. Lou Reed looked at all of the mess on the path to freedom and held up mirrors so that wherever we tried to look away, we’d see it anyway. Freedom’s not smooth and sometimes the clawing ascent involves nasty falls and wrong turns. God knows Reed made a lot of wrong turns, in terms of both musical and life choices. That’s what happens when you take risks; liberation is nothing if not one big risk.

What’s really amazing to me about Lou Reed, though, is his tenderness. Many of his punk descendants got the whole underbelly/danger/lust/pain situation, but how many of them did it so tenderly? He was our mirror to reflect what we are, in case we don’t know. Sometimes, that’s dark, ugly, and scary, but sometimes, it shows us our beauty and our capability.

“When you think the night has seen your mind

That inside you’re twisted and unkind

Let me stand to show that you are blind

Please put down your hands

That is an arrestingly beautiful song of love, affection, and support. And somehow, it’s not at all out of place on a cohesive album with the terrifying and exhilarating “Heroine” and “Venus in Furs”, because even those songs, at their core, are tender, in the way that a lover pinning us down to treat our open wounds with Bactine and peel our scabs away because we’re too squeamish to do it ourselves is tender. Even in the ugly moments, he was a mirror so as to be ‘the light on our door to show us we’re home.’ If our home doesn’t have room for our rage, addiction, deviance, and lust, then it’s not really home.

The Torah teaches that the blinging, brass hand-washing apparatus for the priests was made out of the “mirrors of the legions of women” (Exodus 38:8).  The midrashic Rabbis, naturally wondering, “what-the-what?!”, ie, ‘Who are those women and what’s the story with these mirrors?’, piece together the following:

When Israelite men were toiling in their pointless, backbreaking labor, Pharaoh decreed that they shouldn’t sleep at home, so that they wouldn’t have sexual relations. The women would go and bring them food and wine, and would feed them. They all had mirrors to look at while making themselves up, and as the men were eating and drinking, the women would take their mirrors and each one would see herself with her husband in the mirror and would entice him with words, saying, “I’m prettier than you are”, and by so doing, they

would arouse their husbands’ lust and would get it on with them, and the Holy One would help them be fruitful and multiply. When Moses invited everyone to bring voluntary offerings for the building of the Tabernacle, the women didn’t hesitate to bring their mirrors. Moses rejected them in disgust, because they were used for the evil inclination, telling the more conventional Israelites to beat the women with rods on their legs for offering such a lewd gift.  The Holy One said to him: “You’re dissing those?!  ‘Accept them!  These are the most valuable of anything! It’s because of them that the women produced many legions in Egypt.  Take them and make the brass basin and vessel for the priests, from which they can wash and be sanctified”  (Midrash Tanhuma Pekudei 9, Rashi on Ex. 38:8; I took some literary liberty in fusing these two versions.–A.B.)

Mirrors are tools of lust, danger, and ego, the tools of marginal people, showing those crushed into submission by the establishment what they have forgotten to look for. Listen to the tenderness, cheekiness, and rebellion all together in the women’s words.  Rebellion is enabled through eros and eros, here, is aroused through taunting, playful hostility. Oh, you see yourself as a worthless tool of Pharaoh who doesn’t merit freedom? Fine, you’re right.  You’re ugly; I’m much prettier than you. Look. Some of the men’s pride and self-worth was probably ignited as they said, “Oh my God, she’s right! What’s become of me?!” and others’ as they instinctively fought back, “Screw you; I’m much hotter than you!”, and voila, there’s real interaction, real feeling, passion, and personal identity, where Pharaoh tried to suppress it.  Yeah, rock and roll. It’s all the same, whether Pharaoh tries to break us with oppressive decrees or with the narcotic soul-crushing of “two Cadillacs, two tv’s” and Long Island alienation and forced conformity. Either way, it’s gonna be the death of us all.

Unless we look in the mirror, put down our hands, see, and be seen.

“If I could make the world as pure and strange as what I see,

I’d put you in the mirror,

Rest in noise, Lou Reed. Keep shoving that mirror in our face.