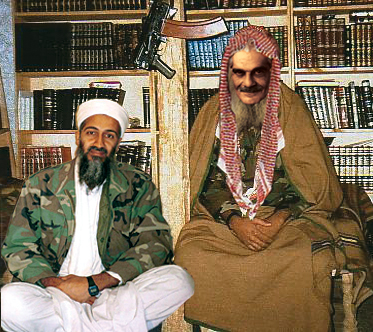 This selection was excerpted from The Big Book of Jewish Conspiracies by David Deutsch and Joshua Neuman (St. Martin’s Press, 2005).

Rabbi Chaim Nissenbaum surveyed his domain. After years of operating out of a decrepit tenement in Williamsburg, his window staring out at a brick wall, he had finally engineered the move of Agudas Yisroel, the most prominent ultra-orthodox organization in America, into a Financial District office space befitting its prestige. Yes, Agudas Yisroel had come a long way since it was founded in 1912 as a response to the crisis in communal leadership facing Polish Jewry. After arriving in America, it had taken space generously donated by Itzik Pfeffercorn, the Herring King of Brooklyn. Unfortunately, that space was part of the Pfeffercorn Herring Works, and even discounting the view, it was not exactly a delight for the senses. But all that was ancient history on that day in early 2000, as Rabbi Nissenbaum threw back the curtains and admired his view of—a wall. Not a brick wall, to be sure, but a wall nonetheless—over a hundred stories of wall, in fact, and behind it, another 100-plus stories: the World Trade Center. All those years of dealing with poverty and herring meant nothing. Rabbi Nissenbaum knew that something had to be done.

His first stop was the Marionville Supermax Federal Penitentiary, where his brother-in-law Irving was the Jewish chaplain. Marionville was home to Aya bin Missiniu, one of the terrorists involved in the 1993 attack on the World Trade Center. Actually, he wasn’t involved in the attack, per se, but he had done the catering, and that was good enough for both federal prosecutors and Rabbi Nissenbaum, who carried with him an attaché case full of Middle Eastern pastries. Irving was thus able to persuade Missiniu to provide some crucial information (it’s amazing how vulnerable to bribery an epicurean Arab can be after a decade without baklava), and Rabbi Nissenbaum caught the first possible flight to the Middle East. It was a miserable experience—he was subject to all manner of rudeness, abuse and derision, but he soon left Israel, put on the “Deluxe Omar Sharif” outfit, which won him second prize at the 1969 Agudas Yisroel Masquerade Ball, and made his way to Egypt, where he caught a flight to Saudi Arabia, and from there, to Afghanistan.

To be sure, the Al Qaeda jihadists he spoke to were a little suspicious, especially since “Omar” spoke Yiddish as opposed to Arabic. He told them this was the result of his years in the entertainment industry, and they were willing to accept this as yet more evidence of the pernicious effect the Great Satan had on the Faithful. Despite their questions, he had a beard and funny hat, which certainly were points in his favor, and besides, they liked what he had to say. And let’s face it—convincing Muslims to kill Americans isn’t exactly like selling iceboxes to the Inuit. The 1983 truck bombing of the Marine compound in Beirut was actually a response to a fairly simple question regarding whether or not that days’ official celebration of Jamie Farr’s birthday meant that Alternate Side Parking Rules were suspended. Certainly, his plan seemed more audacious than their scheme for Al Qaeda’s operatives to simultaneously commandeer Kmarts across the country and turn on all the blue lights in all the aisles at the same time, thereby leading to complete collapse of the American economy. But this business about the World Trade Center sounded good, too. Without further debate (the All-You-Can-Eat Couscous Bar at Nasrullah’s Falafel Hut was only going to be open for another half-an-hour), the plan was adopted.

Rabbi Nissenbaum called the shots. He set up operatives up in various flight schools around the country, and to keep the FBI from getting suspicious of spikes in attendance at flight school, other Al Qaeda operatives were sent to cosmetology school and clown college. When they needed money for books, he gave it to them. When they needed tuxedos for the flight school formal, he paid for them. He did draw the line when ringleader Mohammed Atta asked for “a bitchin’ Trans Am,” but other than that, he funded and organized the whole operation. All this was paid for with funds allotted for a fictitious Bernard Manischewitz Vocational High School for the Training of Kosher Food Professionals that Rabbi Nissenbaum had fraudulently set up.

When word reached that the training was complete, the rabbi shifted his attention to the Jews who would have to be kept away from the WTC that day. He called the Mossad, telling them he was planning a big appeal drive for the Jewish National Fund, and wanted the home addresses of all the Jews in the World Trade Center. The Mossad, of course, after denying that it was the Mossad, also denied that such a list existed, and two hours later, Rabbi Nissenbaum found the list wrapped around an unsolicited pastrami on rye delivered by a local kosher deli. Unable to call the 4,000 names on his list and tell them directly not to come, Rabbi Nissenbaum had to put the Halloween costume back on and put to use his teenage acting experience as leading man in Camp Hiawatha’s production of Viva Zapata. During the first week of September, he visited countless Jewish communities in the greater New York area, dressed as an Arab and dropping ominous warnings to avoid the city in the week to come. On the Upper West Side, he was a cabbie, muttering angry imprecations and gesturing violently at the towers. In Boro Park, he was a customer in a grocery store thankful for being permitted to skip to the front of the line and offering his benefactor a grateful word of advice. In a Forest Hills travel agency, he was a panic-stricken, would-be traveler desperate to get a flight out of the city before Tuesday. By the end of the week, if there was a Jew who hadn’t heard from someone that he/she should avoid Lower Manhattan, it certainly wasn’t for lack of effort on the rabbi’s part.

On the morning of Sept.11, despite a last-minute snafu when one of the Boston-area terrorists almost refused to board the plane because they told him that the special Muslim dietary meal he’d ordered wasn’t available, the plan went off without a hitch. That day, the offices of Agudas Yisroel were empty, the employees all at home observing “Rosh Rosh Hashana,” a new holiday that Rabbi Nissenbaum just decided to “try out” that Tuesday. By the time they went back to the office the next week, the WTC was down, almost all the witnesses who could connect him to the attack were dead, and Rabbi Nissenbaum had his breathtaking view of…New Jersey.