This morning’s head-scratcher comes curtesy of redditor Rodwithad, who posted the following, baffling, picture onto the popular “WTF” sub-reddit: 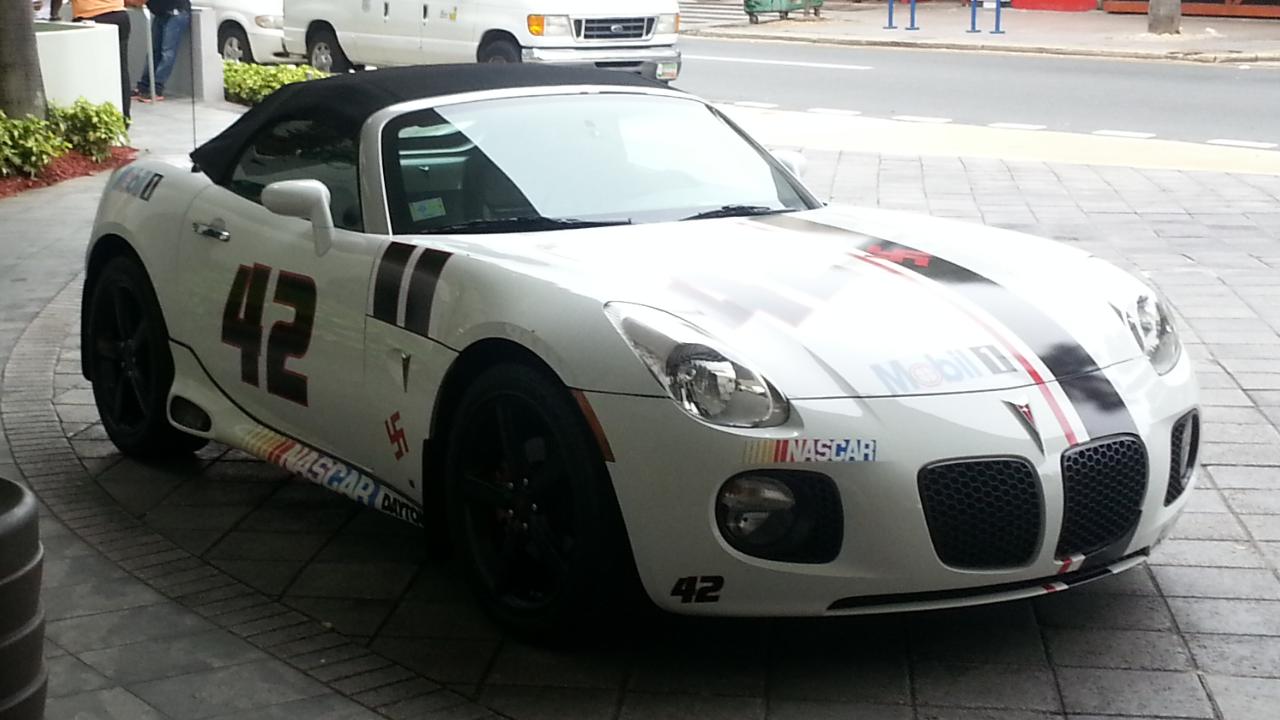 Yup, that is NASCAR-tribute Pontiac… with a swastika slapped on the side.

Other redditors soon chimed in, identifying the picture as having been taken in the driveway of La Concha Resort, in San Juan, Puerto Rico. Good sleuthing, folks! Unfortunately, reddit being, well, reddit, the comments thread began to devolve into arguments over:

– What kind of a car that is? How fast can it go (Pontiac Solstice. Apparently it’s not that fast)

– How misunderstood the swastika as a Hindu religious symbol is (Okay, legit)

Still, we take solace in the fact that, as one commenter pointed out: