“Gimme a Side of French”, or: The Things I Hate About Waiting Tables at Katz’s Delicatessen

When customers want more pickles, and they still have some on their plate.

When they sit down, they look up and tell me that they’re ready to order.

That English customers always want Brisket. I don’t know why, but English people always want that fucking brisket! I always make them get half brisket half pastrami.

The guys who say i want a ‘brisket of beef’. (Instead of a brisket sandwich)

The old married couple who share a can of soda. The husband orders a diet cream soda, and the wife says ‘I’ll have a sip of yours.’ 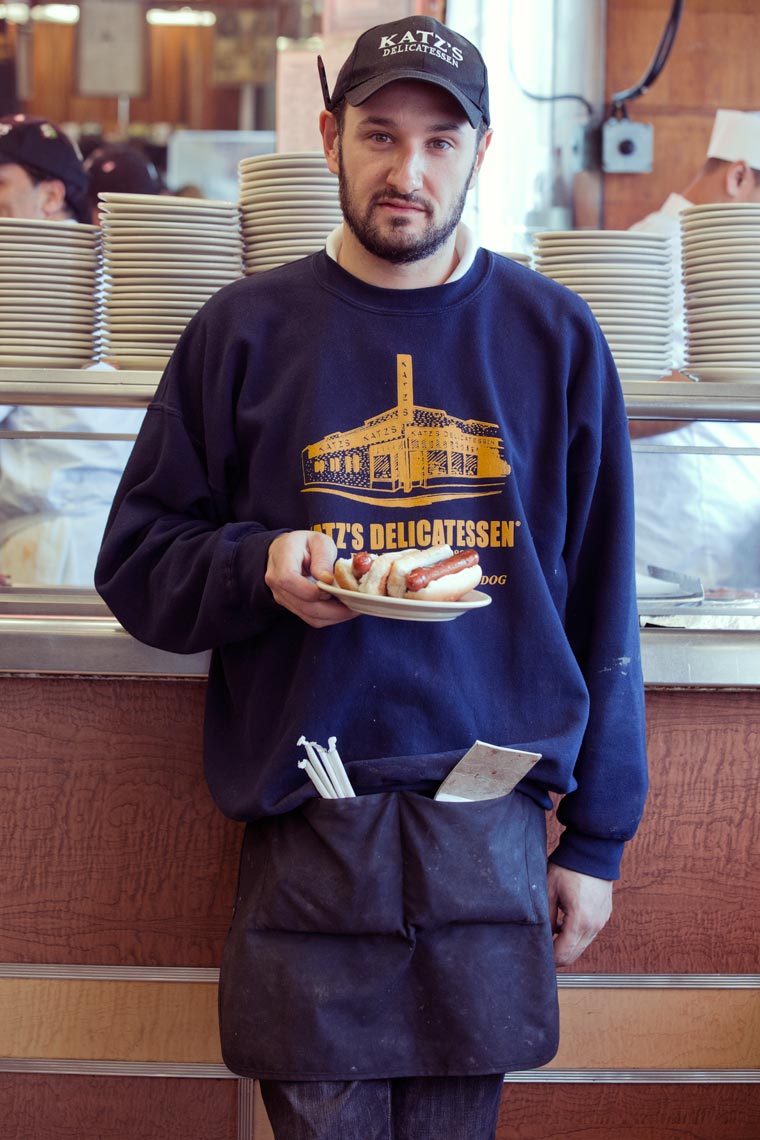 Everyone who orders hot dogs as meals

People who want their kishka grilled on both sides

People who tell me ‘they’re gonna take care of me’

People who want mayonnaise on one side of the bread, and mustard on the other

I really hate waiting on Young people, teenagers, good looking kids in there twenties bursting with hopes and dreams. How did I become the guy to get them a side of French?

and the guys that work there.