Gallerist Jeffrey Deitch Appointed to MOCA, Blurring the Lines of Commerce and Culture

Jeffrey Deitch, the influential New York gallerist known for championing artists Keith Haring, Jeff Koons and Dash Snow, is creating major art-world buzz today with the announcement that he’ll be taking over as Director of the financially troubled Museum of Contemporary Art in L.A. This will be the first time an American art museum is headed by a commercial gallery owner (causing some to cry "conflict of interests").

Deitch, "a nice Jewish boy from Hartford, Connecticut who spent his teenage years working in his father’s heating and air conditioning business," opened Deitch Projects in 1996. He even starred in his very own reality television series, Artstar, in 2006. Never seen without his designer spectacles, he’s infamous for crazy antics (like ordering interns to rifle through the competition’s garbage for information). Congratulations on the new job, Jeffrey. Here’s hoping the interns in L.A. enjoy dumpster diving as much as their East Coast counterparts. 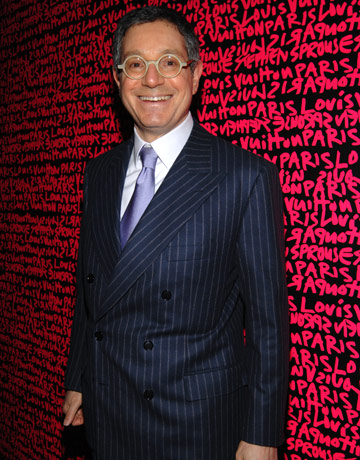