From Dance to Digital, Israeli Documentaries Explore Art at SXSW 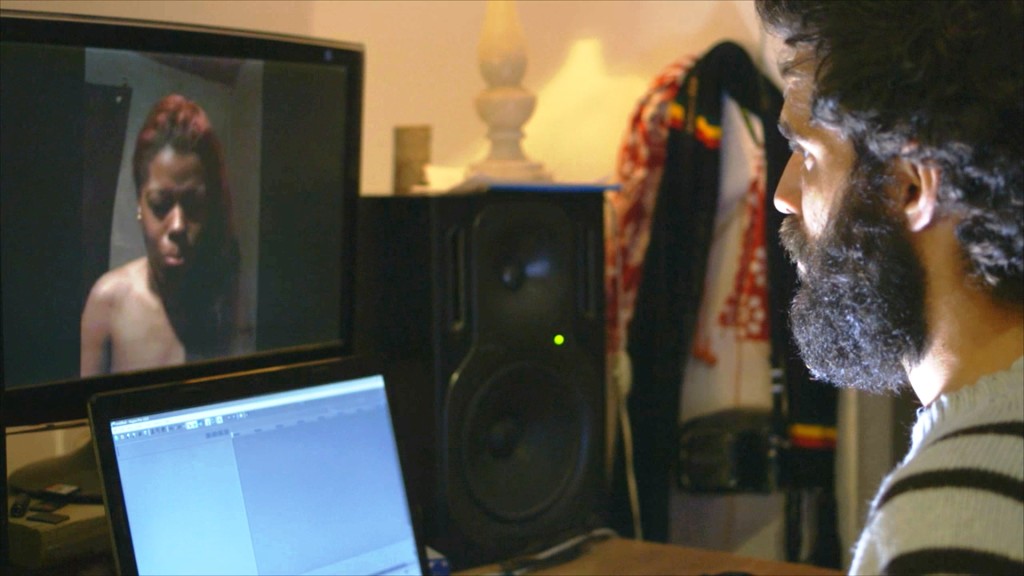 This year’s SXSW Film Festival features two Israeli documentaries that explore what it is to create art. Both are essentially biographies, yet their approach to their subjects (and, for that matter) their subjects’ approach to art) couldn’t be more different. Between them, though, we can glimpse the processes and struggles of putting forth beautiful work into the world.

Ido Haar’s Presenting Princess Shaw tells the tale of two artists: one an internationally renowned producer and mashup creator in Israel, the other a nurse and aspiring singer struggling to get by in the American South. Both possess an unrelenting creative energy, which ultimately finds them a common cause.

Samantha Montgomery, a.k.a. Princess Shaw, pours her heart into her YouTube channel. Sometimes she soliloquizes, sometimes she narrates her goings on, and sometimes she sings right into the camera. The songs we see in the film are ones she wrote herself, uploaded without any musical backing. Just Princess Shaw, at home, sometimes in her pajamas, singing with a rawness that is hard to ignore.

Meanwhile, in Israel, we meet Ophir Kutiel, who goes by Kutiman. Sitting in his small kibbutz home, smoking cigarettes and snacking near his mixing board, Haar sets up Kutiman as some kind of a guardian angel watching over Montgomery. Scene after scene we watch him at his edit bay, listening and re-listening to Princess Shaw’s videos, discovering the nuances of her voice. And then he sets to work making her a star.

Kutiman’s most famous works are hard to explain. He takes YouTube videos of musicians honing their craft (or, more often, teaching others) and then cuts the videos up, rearranging the notes into a melody of his own devising. His singular innovation is realizing that a music producer has every sound imaginable at the ready on YouTube; the trick is simply to find it. So with Shaw’s songs, he sets to work creating a melody that fits her lyrics. The result is “Give it Up,” which currently sits at nearly 2.5 million views on YouTube.

Haar has brought an incredibly modern story to the screen with a delicate, thoughtful touch. Our world is hyper-mediated. It’d be impossible for anyone to view however many millions or billions of hours of content are available on YouTube. And for many of us, at least for me, going on to the site and looking for something to watch may make one feel like Coleridge’s Ancient Mariner: content, content everywhere, but not a drop to drink.

Kutiman’s task of finding beauty in that sea of videos may seem gargantuan, but so too is showing an audience what that emotional journey is like. Speaking of emotional journeys, it is equally hard to bring to light the rough go of things Montgomery has had in her life. At my darkest moments, I can take solace in knowing I’ve never experienced some of the horrors that she has been exposed to. But somehow her outlook on life is incredibly positive. She’s an inspiration; that spark she has is something Kutiman could see, and then Haar helped show us as well.

If Princess Shaw has an inspirational spark, then Ohad Naharin, the choreographer profiled in Tomer Heymann’s Mr. Gaga, has an unrelenting bonfire raging within him. His work as the artistic director of the Batsheva Dance Company has created some beautiful and, in some cases haunting, dance performances. The film shows you much of Naharin’s groundbreaking work, but it also goes deep trying to penetrate his psyche. Heymann gets about as close as anyone ever will.

So many biographical documentaries fall into the trap of loving their subjects so much that they forget to bring a critical eye to the table. Heymann makes no such mistake. Naharin’s life is presented as honestly as possible. There are no scandals to speak of, but Naharin can sometimes seem distant or disaffected. In one of the film’s most interesting hook’s, Naharin gets caught in a lie, but defends the lie as part of his art. For, ultimately, which one is the truth: the facts, or the emotional truth? 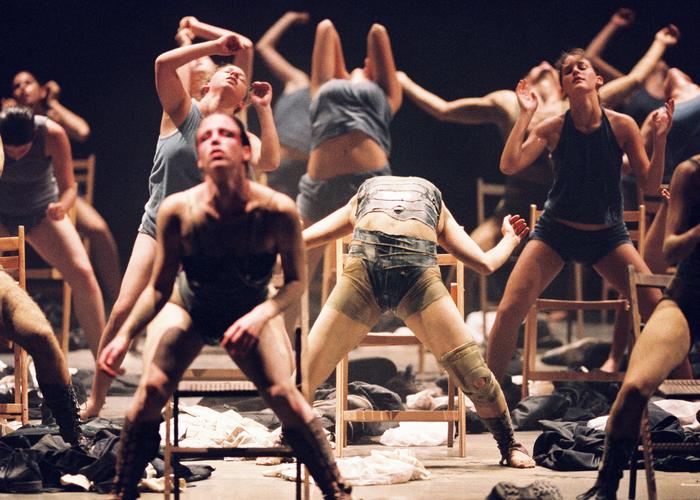 (As a side-note here, the film critic in me will always take emotional over actual truth. Many narrative biopics trip over themselves nailing down the factual truth, but fail to present a convincing emotional truth. In dance, as in the cinema, emotion can be everything. So Naharin’s telling of a good story, from that perspective, makes far more sense than telling a true one.)

The dance sequences in Mr. Gaga, so named for the “movement language” that is Naharin’s key innovation, are presented beautifully on screen. If you know nothing of dance, or don’t have the slightest interest in it, you will still be mystified by what is on screen. The Batsheva dancers move in ways you might not even imagine the body could move. Tomer Heymann perfectly melds the performances into the story. Perhaps it is just the subject matter, but the film recalls Wim Wenders’ Pina in terms of its ability to use dance to show you someone’s humanity. Naharin’s humanity is on full display here, even if, at time, he comes off as a sphinx.

I watched both Mr. Gaga and Presenting Princess Shaw in the same day. They make for an interesting pairing. Samantha “Princess Shaw” Montgomery and Kutiman work hard to produce each note. Theirs is an art of elbow grease, of creating the work that makes them happy and then shaving it down to its rawest parts. Naharin’s art, comparatively, is one of raw talent. Not just physical adroitness; his talent comes from deep within himself. It involves the ability to let go of the body and move in ways you could never have imagined. But once you do, you can create something beautiful.

Mr. Gaga had its North American Premiere at SXSW. Presenting Princess Shaw has played at a few festivals so far. Neither has a release date at this time.