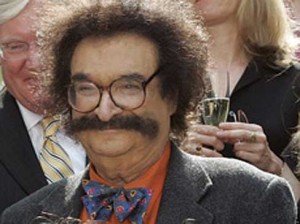 I have always felt sort of neutral and ambivalent about the Occupied Territories. It’s never been easy for me to take a stance in such a complicated situation. I’m sure both the Israelis and Palestinians have cases to be made, so, perhaps irresponsibly, I’ve opted to stay out of the fracas. But when I heard today about the fourth anniversary of the capture of Gene Shalit, I no longer felt a shred of moral confusion. This situation has gotten out of hand and something must be done today and not tomorrow.

Apparently, The Today Show’s longtime film critic has been locked up by Hamas since the summer of 2006 after being abducted in a cross-border raid at the Kerem Shalom crossing. I also learned that Shalit has since been (unfairly) refused requests from the Red Cross for several visitations.

This isn’t right, people. Gene Shalit must be freed immediately. We wish his family and loved ones the best and pray for the day that he will be back on NBC with his colorful bow-ties and lucid film analysis.