Five Weddings and a Felony 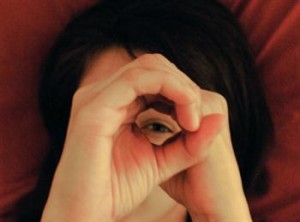 The documentary Five Weddings and a Felony created by Josh Freed tells a personal, yet implicitly universal story about sex, love, and the quandaries of courtship. Clumsily filmed with his Flip camera over a period of four years, we view Freed from inside both his bed and head. Inspired by a childhood obsession and cult classic My Dinner with Andre, Freed presents an overconfident, overanalyzed estimation of himself, in love. Gently nudged by his therapist-mother, Freed keenly reconsiders his conduct in relationships. While on this egocentric journey, he turns to peers for advice one hot summer, as he attends the weddings of four different friends.

Freed bravely combines non-fiction and romantic comedy, drawing obvious parallels to Phillip Roth and Woody Allen. The film explores a contemporary phenomenon our Jewish mothers despise and that so many of us already know about—young people are staying single, longer. Like many other self-deprecating, over-educated, Jewish twenty-somethings, Freed struggles with issues of commitment and identity.  He tamps all urges to settle down and reproduce, but remains hopeful it’ll happen for him some day.

Five Weddings and a Felony is screening this weekend at the San Francisco Jewish Film Festival.