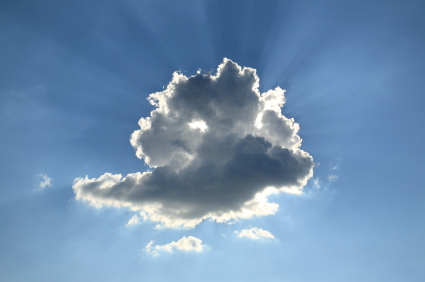 An optimist sees the glass half full.  Abe Foxman sees it as a troubling sign that Jews may only be getting half as much to drink as non-Jews. So results of a poll have just been published suggesting that when it comes to employment, at any rate, Jews not only don’t suffer from discrimination, but that in relation to other religious groups (including Protestants), they may actually have an advantage. Now, a normal human being reading this would find it a positive sign of things.  But demonstrating his remarkable mutant ability to detect antisemitism, Abe Foxman weighed in to make sure that nobody draws the conclusion that things may not be absolutely awful for the Ewsjay:

We know there continues to be discrimination in every aspect of life in America, though today it is generally of the more subtle kind and not based on overtly discriminatory policies…

…While the results of the study conclude that Jews are less likely to be discriminated against than any other religious group, including a fictitious religion, we should not be comforted by this, as they may be based on stereotypes of Jews that are perceived as positive, as opposed to the stereotypes of other religions which are perceived as negative. Furthermore, we know that Jews who profess a strict religious observance still face difficulties in being fully accepted in the workplace…

So let’s examine this bit of ADL-style conventional wisdom:

First of all, the suggestion that there continues to be discrimination against Jews in “every aspect of American life.” (italics added). Really? Is that the experience of most young Jews? We could give a list of the ways in which Jews have “made it”–10 percent of US senators, a third of US Supreme Court justices, the huge numbers of Jews in assorted Ivy League schools, etc. –but all of that misses the point: That a lot of people simply don’t think in those terms, because to many, “Jews” are simply a subset of “white.” In that sense, the three out of nine Jewish supreme court justices is no more remarkable than the two out of nine Italian supreme court justices.

But let’s look at the rest of Foxman’s statement. Of course, this is good news. But the fact that Jews actually seemed to have an advantage in the poll (we say “seemed” for reasons that will soon be clear) must of course be a sign that Jews are the victims of pernicious positive stereotyping. Leaving out the fact that we’re sure that blacks and Latinos would wish for that problem, there’s the fact that this statement highlights the unassailable internal logic of Foxman and Co. In a poll like this, just as a matter of simple statistics, Jews are almost certain to be either more or less likely to get callbacks than some groups. Let’s say that Jewish job candidates had received slightly fewer callback than Evangelicals or Catholics. Then of course, Foxman would be in full rant about negative stereotyping. Now he can be in full rant about positive stereotyping.  So in other words, the only acceptable poll result would be one in which there is absolutely no difference between Jews and anyone else.

Why do we suspect that, if that happened, Foxman would spin it as a terrifying sign that antisemites had finally gotten smart enough to keep their bigotry secret?