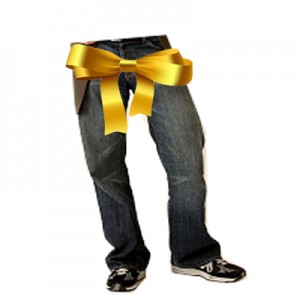 First it was on a Russian bridge and now it’s in a small town in Sussex, England: The penis is being whipped out. According to reports, someone in the hamlet of Lewes has inundated the town with ‘peen posters depicting the male anatomy tied with a yellow bow.

Whereas you can imagine the spaz attack this might induce on an American town of comparable size, leave it to those cheeky Brits to put things in perspective. A local police spokesman told reporters of the matter, “From what we’ve seen, if this is a self-portrait, the artist won’t be in a hurry to be identified.”