End of An Era? 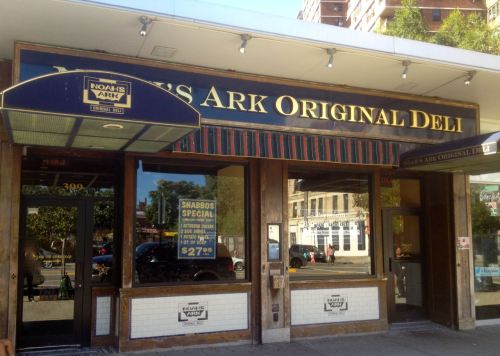 Sad news from the LES. NYC news site The Lo-Down has reported that Noah’s Ark Deli, the last kosher deli on the Lower East Side, closed its doors on Erev Rosh Hashana and may never re-open them again – A victim, no doubt, of high rents on the block, and a dwindling Orthodox community in the historic neighborhood.  Should this news be true, it would represent the end of kosher deli on the LES (though one can still get meat, including deli, at East Side Glatt, just down the street).

Jewdar, a longtime LES resident, hopes that some Jewish billionaire like Ronald Lauder may decide that he can spare some money to maintain kosher restaurants in places other than Eastern Europe.  Right now, nobody knows what the future may bring, but teshuva, tefilla, and tsedaka may cancel the stern decree.