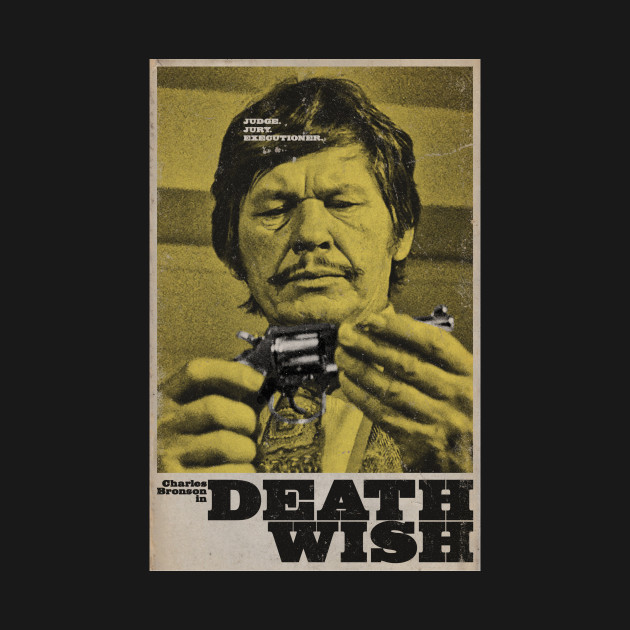 Jewdar normally does not involve himself in critiquing cultural critics, but every now and then, somebody writes something so egregiously awful that our voice must be heard.  In this case, the offender in question is Noah Berlatsky, who wrote a piece for The Forward entitled “Does Deathwish Show How Jews Benefit from White Supremacist Fantasies?”  Reading it reminded me of Mary McCarthy’s skewering of Lillian Hellman: Every word she writes is false, including ‘and’ and ‘but.’

Here’s how he begins:

He looked like a white dude,” an earnest cop tells her superior in the new trailer for Eli Roth’s remake of the film “Death Wish.” She’s describing Paul Kersey (Bruce Willis,) a heavily armed vigilante engaged in a one-man war on crime. But she could also be talking about director Eli Roth himself — a Jewish director who, in the “Death Wish” trailer, is peddling an openly fascist white empowerment fantasy. Jews as Jews, obviously, aren’t empowered by fascism. But Roth’s trailer shows how white Jews have the option of identifying with whiteness — with all its queasy benefits.

And the best part of all, in classic critic mode, this is all made based solely on a trailer for a movie Berlatsky has never seen.  Of course, that seems par for the course, since I’m not sure he saw the original Death Wish either.

The original “Death Wish,” presented in 1974, starred Charles Bronson and was a naked plea for vigilante violence. Bronson plays an affluent architect who is away from his Manhattan home when criminals murder his wife and rape his daughter. In revenge, he gets a lot of guns and sets about murdering and torturing criminal riffraff. The film showed an America overrun by coddled criminals, portraying them as subhuman vermin who needed to be exterminated. This kind of police state propaganda helped provide the ideological justification for America’s mass incarceration binge, which has given us the largest prison population in the world, both by absolute numbers and by percentage.

The original Death Wish was far more complicated than Berlatsky makes out. Let’s start with the title: Death Wish.  Paul Kersey, in the original movie, was not a violence-crazed action hero.  He had been a conscientious objector during the Korean War, he became physically ill the first time he shoots someone, and—of course—he has a deathwish (it’s in the name).  I.e., he is going out to kill criminals, but he often does so in ways that create excess risk for himself, suggesting his desire to die.  While there were posters that were more action-oriented, as the poster above suggests, with Bronson as Kersey looking at the gun, this was not necessarily sold as a simple, mindless shoot ’em up.

Berlatsky is completely wrong on the subject of “getting a lot of guns.”  In fact, Kersey uses exactly one gun, which was given to him by a client out West (and if you want to talk about Jews and casting, Stuart Margolin as an uber-goyish cowboy-type should probably be discussed).  That’s the only gun he uses.  Nor would we say that he “tortures” or for the most part, “murders” criminal riffraff.  That word “murder,” is pretty loaded, but more on that later.  He kills violent criminals in the course of committing violent crimes.  Now, one might argue that in some cases, he lures the violent criminals (e.g., flashing a wad of bills), but he doesn’t shoot anyone who is not already in the process of attempting violent crime.

The movie does not show an America overrun by coddled criminals. It shows a New York City overrun by violent criminals.  Seeing as how it was released in 1974, that’s a pretty apt representation, given that the homicide rate had tripled in the previous decade, and the city, almost broke, was in fact cutting back on policing.  This was not some sort of white supremacist fantasy, it was what was happening in a lot of big cities at the time.  Look it up, it’s called “history.” And the notion that people engaged in committing violent crimes should meet with violent ends hardly rises to the level of considering “coddled criminals,” “subhuman vermin” who should be “exterminated.”  Indeed one of the things that is interesting about the movie is that Kersey does not try to go after the people responsible for the assaults on his wife and daughter; this isn’t a revenge fantasy. Nobody is shot for what they did—they are shot for what they are in the process of doing. As for this being police state propaganda that helped provide the ideological justification for America’s mass incarceration binge, gimme a break.  If anything, this is a call for the individual to act precisely because of the inadequacy of the state—this may be propaganda for the NRA, not the FBI.  And as for America’s mass incarceration binge, the ideological justification for that is the war on drugs, not the war on violent criminals.  Or does Berlatsky think that rapists and muggers shouldn’t be incarcerated?

Then there’s the idea of what Eli Roth’s Jewishness has to do with any of this. Berlatsky refers to Roth’s role in Inglourious Basterds, as if playing that Jewish character somehow makes Roth’s career tied in to Jewish identity. I think it is more useful to look at Roth’s directing career. So how about: “Does Hostel Show How Jews Benefit from Czech Torture Porn Fantasies?” Or,“does Green Inferno Show How Jews Benefit from Amazonian Cannibal Fantasies?” Because what seems to be the unifying factor between these films, and Roth’s Death Wish, and his role in Inglourious Basterds, is exploitive violence.  The only connection between Roth’s directing of Death Wish and “white supremacist fantasies” is the degree to which it feeds into white supremacist fantasies of Hollywood Jews corrupting American culture. 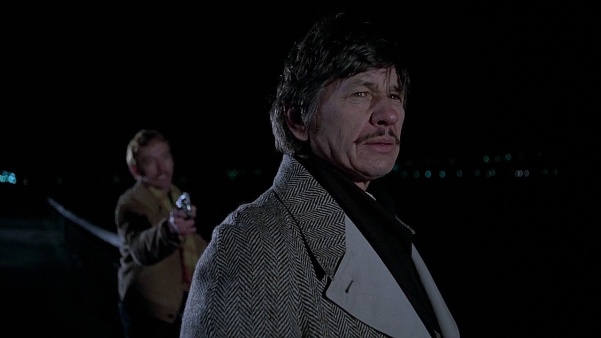 As for the supposed racial component in either the original or remake of Death Wish, something tells me the latter will make great efforts to avoid racializing its villains—from what we could see in the trailer, it seems likely that insofar as blacks will be targeted by the protagonist, it will only be because they are victimizing other blacks.  As for the original, its criminals were a mix of blacks, whites, and probably latinos.  Indeed, if one wants to go examining everything for its Jewish component, one of the rapists in the beginning was played by Jeff Goldblum—“Oh my God, what does that say about the Jewish community!” 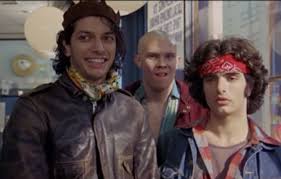 Young Jeff Goldblum as home intruding rapist. What does that say about American Jewish identity?

And the fact is, there is a tradition of Jews using weapons and violence, not as part of a white majority, but as a beleaguered minority, such as the self-defense groups in the Russian Empire, or the original JDL, which was established to help protect often older, poorer Jews left behind by white flight. (For more on that, we would recommend Death Wish 3, which is not a good movie, but is hugely entertaining, and has one of Heeb’s top 100 Jewish movie scenes.  Or, for a thoughtful cinematic look at old, poorer Jews terrorized in New York in the 1970’s, check out Bronson’s Death Wish 3 costar Martin Balsam’s Siege.

And that points to one of the elements of Berlatsky’s critique that is the most offensive and condescending, and is indicative of a much larger issue with the Left.  If you want understand why Trump won, one of the reasons is because white, working class voters are tired of being depicted as racists for the most meaningless reasons.  If you’re going to say that someone is a white supremacist or fascist for liking Death Wish, then why shouldn’t they vote for Trump, or an actual white supremacist or fascist, for that matter?

All that said, while this new Death Wish may be a great movie, we have our doubts.  The original was a real product of its time—1974, Death Wish made sense. But 2017? Do most Americans really have a sense of a country in which big cities are dominated by violent criminals? Even in Chicago, we imagine the homicide rate increase largely affect young, poor black men—not old, middle class white men, as Willis seems to play. Furthermore—and this is again where Berlatsky completely misses the point of the original—Paul Kersey was not “an action hero.” He was a regular guy, with a regular gun. A six-shooter, no less. The original was, in many respects, simply a Western transplanted to NYC in the ‘70’s. This new version, by contrast, seems to be simply another generic action film, with bigger guns, more explosions, highly choreographed fight scenes—in other words, simply a lot of Hollywood sound and fury—not signifying anything about Donald Trump or modern American culture, Jewish identity, but rather, nothing.