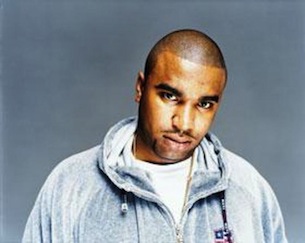 It may seem incredibly weird upon first listen, but rapper N.O.R.E.’s latest track “Mazel Tov” featuring Busta Rhymes, the Game, and Wakka Flocka actually makes perfect sense. The new track tipped to us by Jewcy was presumably recorded in an effort to infringe on that impossibly desirable Jewish mojo currently capitalized by Drake.

Either that, or N.O.R.E. has a Jewish manager who thinks it’s funny when his rapper friend says Jewish catchphrases. If that is the case, then I think “Big Shleppin'” would be an appropriate follow-up.

Listen to N.O.R.E.’s “Mazel Tov” here. And make sure to throw it down at your next Mitzvah Tanz.

Oh, and here’s the making of-video below. Because you just need to know how a song titled “Mazel Tov” by N.O.R.E. came to be.